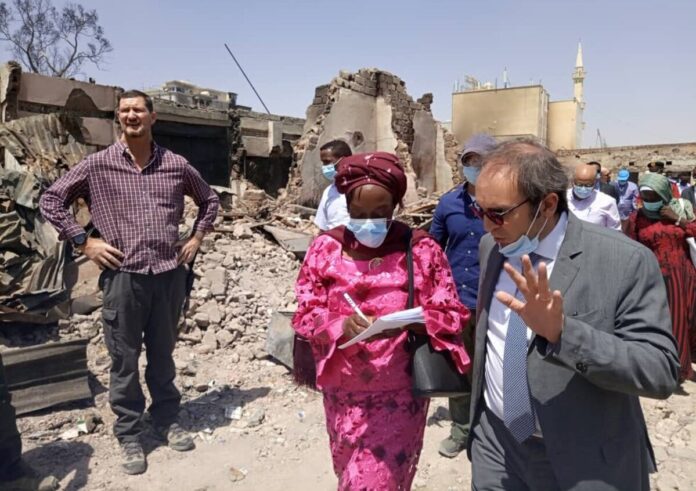 A week has passed since a blaze destroyed the Waheen market in Hargeisa. The impact of the devastating fire is still being felt, with many local businesspeople reeling from its impact.

“My boutique used to stock clothes. I used to sell all types of clothes. It was a big boutique. I used to feed my elderly parents, my children, as well as my daughters’ children – in total, ten people’s livelihoods depended on my business. I was the only breadwinner for my family and they depended on this boutique, but it is no more,” said Zainab Hassan Warsame, as she stepped through the ashes of where her boutique once stood. 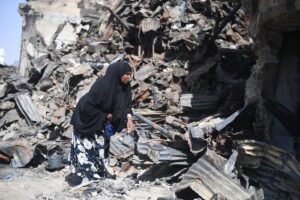 With an estimated 5,000 businesses – ranging from large stores to small stalls – once located in the marketplace, Ms. Warsame is far from alone.

“My business used to feed my entire family… this business sustained many members of my family whose livelihoods directly depended on it. Today, as you can see, it’s completely destroyed,” said Mohamed Abdullahi Muhamoud as he looked around the smouldering ruins.

Located in central Hargeisa and spread out over five square kilometres, the Waheen market was the largest market in Somaliland, and the fourth largest in the Horn of Africa. It drew sellers and shoppers from the city and surrounding communities. 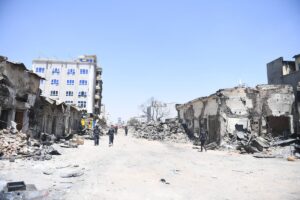 According to Somaliland’s response committee established to lead the immediate relief efforts and planning for the market’s reconstruction, preliminary estimates of the total cost of losses incurred from the fire range between $1.5 billion to $2 billion. In addition, the destruction of so many goods has led to scarcity and inflation in Hargeisa.

In response to the destruction, the United Nations deployed an inter-agency team of technical experts earlier this week to work with the government and the response committee to assess the damage and support the rebuilding of the marketplace. 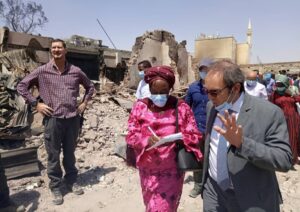 “The team has experts in environmental issues, legal issues, communication issues and, more importantly, socio-economic as well as health issues, that will be working with the response committee to try to establish what areas need to be responded to,” said the inter-agency team leader, Jacqueline Saline Olweya, the UNDP Deputy Resident Representative for Somalia.

Soon after arriving in Hargeisa, members of the team – along with representatives of other international partners, such as the European Union – visited the location, where they saw first-hand the extent of the damage and met business-owners, many of whom, despite the shock, were trying to get back to business with makeshift stalls and limited goods to sell.

“I do recall speaking to one of the women and just asking her about the impact that this had had on her and she mentioned two critical things. One is the heat that she has to bear is great because of the destruction of where she was selling her wares, and she related this and the effect it can have on their health as they work. The second thing she spoke about was the requirement of stock, to re-stock the losses that they have incurred. And she was talking about the very limited resources she turned out every year but that is now destroyed, she does not have it anymore, so the site visit also made us put a human face to the tragedy,” Ms. Olweya said. 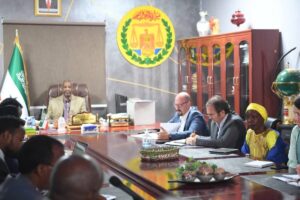 In the following days, the inter-agency team met with Somaliland’s Minister of Interior, Mohamed Kahin Ahmed, the Minister of Planning and National Development, Omar Ali Abdilahi, and the response committee. In their discussions, the team emphasized the key role that an in-depth assessment will play in helping identify resources needed to rebuild immediately as well as into the future.

The joint assessment report will be finalized in the coming days and will be used at a meeting of international donors scheduled to take place in Nairobi, Kenya, next week. 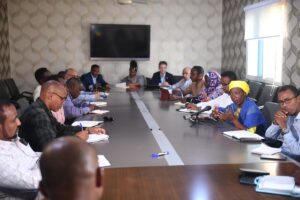 “We are grateful for the work that is taking place and we accept the support brought in terms of expertise, but also the willingness of the UN agencies who will be part of the immediate needs assessment. We have spoken quite a lot and now we need actions – people are waiting for these actions and I am sure that the UN agencies will be part of that,” said Dr. Jama Musse Jama, a senior government advisor serving as the lead on the technical assessment side from the Somaliland authorities.

In addition to providing for the livelihoods of thousands of local residents, the Waheen marketplace was a significant source of revenue for the Hargeisa municipality, as well as for overall government revenue. Somaliland’s Chamber of Commerce, Industry and Agriculture estimates that the fire accounted for 40 to 50 per cent of the city’s economy. 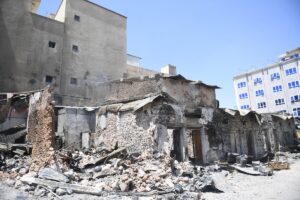 While the UN inter-agency team worked this week with the authorities on assessing what is needed to rebuild better, local residents provided a ray of hope that, along with international support, solidarity and unity will help the marketplace return to its central role in the city.

“I had to volunteer in order to help our forces, the police, the military and our government to show that we care and that we can help ourselves,” said Safiya Aw-Muhumed Hassan, a food vendor, as she put food for the fire’s victims into containers amidst a group of volunteer helpers.

“I have seen my people go through a lot. I have seen a lot of mothers, a lot of fathers, crying – they have lost their wealth and whatever they had,” added Hafsa Omer, a social worker and university student. “As a social worker the only thing I can do to help is with food and drink.” 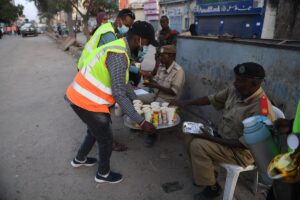