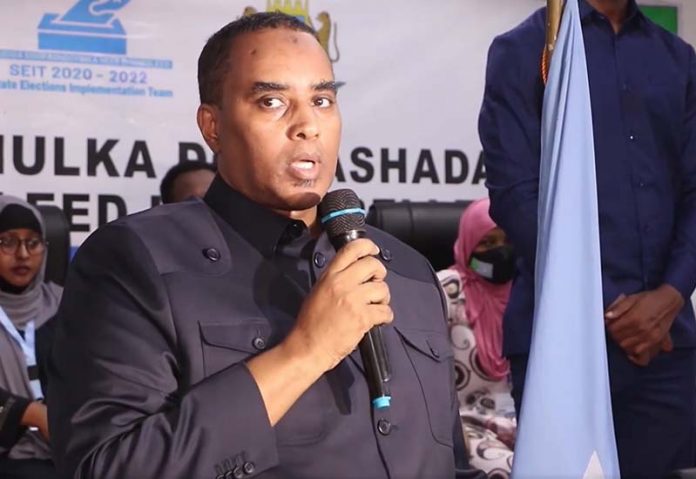 Somalia’s former director of the spy agency Fahad Yasin filed a case against the electoral body at the Supreme Court to lift suspension on a parliament seat he had grabbed in an election held in the central town of Baladweyne last month.

In a letter addressed to prosecutor general, the court said on Sunday Somali President’s right-hand-man had submitted a case over a decision by the Federal Electoral Implementation Team (FEIT) to remove him from the list of accredited parliamentarians.

It comes days before new MPs and Senators are set to be sworn in to pick a new speaker of parliament and president.

Rashid Abdi, a regional political analyst says Fahad’s move to go to court in an attempt to overturn the decision by the election body is a testament that the Horn of Africa country’s check and balances system is still able to counter authoritarianism after five years he has been accused of intimidation and violence against his opponents.

“Fahad Yasin files suit in Somalia’s High Court to compel electoral commision to overturn decision to drop him from list of accredited MPs,” Rashid tweeted. “Isn’t that amazing; proof, in itself Somalia’s system of check, balances will always thwart any attempt to impose authoritarian order.”

Leader of Wadajir opposition party Abdirahman Abdishakur said it was already predictable that the court would rule in favor of the former spy boss.

“The case submitted to the court does not mean that the importance of law and justice has been realized, but it is that the outcome of the ruling is already predictable.”