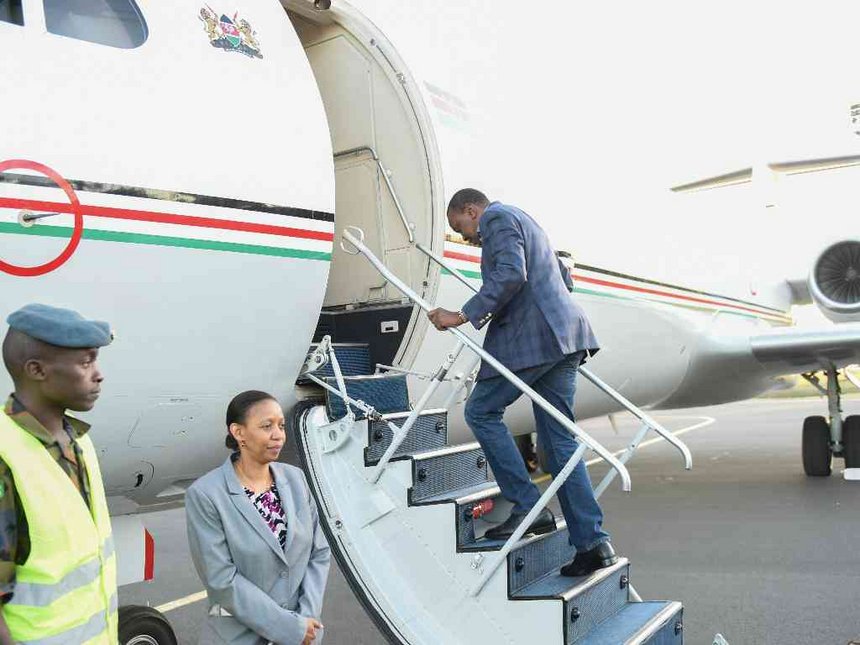 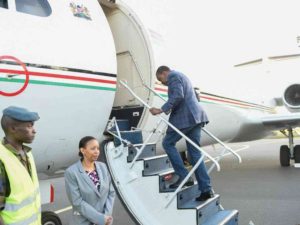 President Uhuru Kenyatta has left Kenya for Washington DC ahead of his meeting with President Donald Trump on 27th August.

During his visit to the US, Uhuru will visit the White House at the invitation of the US President with whom the Kenyan Head of State will hold talks on a wide array of subjects among them trade and regional security.

Over the years, Kenya has remained a strategic and key partner of the US in the management of peace and security in Eastern Africa covering the Great Lakes and Horn of Africa regions where the country is at the core of restoring peace and stability in South Sudan.

In Somalia, the Kenyan armed forces are involved in the fight against the Alshabab terrorist group under AMISOM.

Besides trade and regional security, the two will discuss ways of strengthening the blossoming Kenya-US relations focusing on the two nations’ shared democratic values and mutual interests.

The Uhuru-Trump meeting comes at an opportune time for Kenya considering that Uhuru is currently involved in implementing programs to bolster trade and investments in the country through his administration’s Big 4 development agenda.

The Kenyatta and Trump meeting is a major boost for Kenya’s tourism and aviation sectors as it happens just weeks before the commencement of direct flights from Nairobi’s Jomo Kenyatta International Airport to New York in October this year.

Foreign Affairs CS Monica Juma who is already in the US on Thursday met with Secretary of State Michael Pompeo ahead of the meeting between the two presidents.