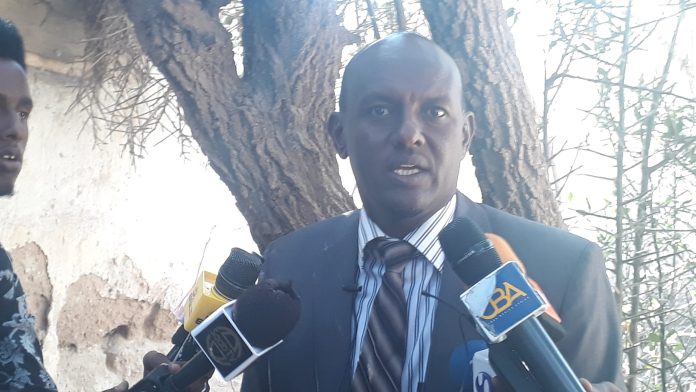 UCID Secretary General resigned from office after the Chairman of the party Eng. Faisal opposed his candidates that vied for the upcoming parliamentary elections in Somaliland.

Eng. Ahmed Hersi Du’ale, UCID Secretary General cited that he did not only resign from the SG office but also lost his membership.

The Secretary justified his departure following the chair of the party’s chair objected his candidates in Somaliland’s upcoming parliamentary polls.

He said that Faisal favored other aspiring candidates who are from the same constituencies of the secretary general and were more affluent than him.

The secretary alleged his rival and UCID chairman spent a lot of money buying people’s votes.

Eng. Ahmed said: ” I am the secretary general of UCID party and I have been serving this office for a long time. It was in 2017 when the chairman of the party appointed me to serve this office. I also served as the campaign manager of the party and now I have resigned from the office and membership of the party.”

Ahmed said he informed the Chair of the party of his resignation and accepted from him.

He added that having lost the party’s support that there is no way that he would continue serving in the party.