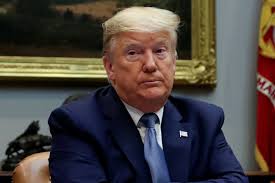 President Donald Trump has informed his top advisers that he wants to pull out US troops from Somalia.

US has 650-800 troops in Somalia to assist the African country combat Al shabab militant group.

The move will allow to make good on campaign promises to bring soldiers home even though the country remains beset by insurgents linked to al Shabab.