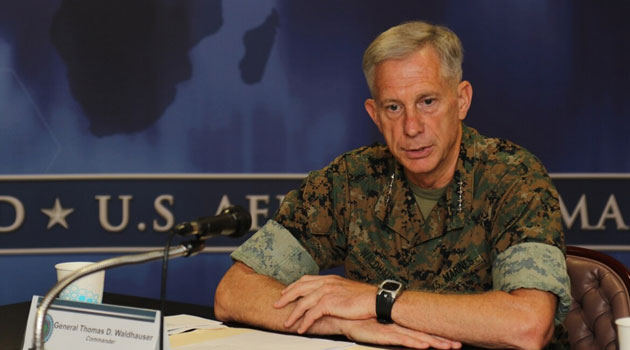 Somalia is set to get continued support from the United States Government, as they seek to restore stability after decades of anarchy.

Their talks revolved towards destabilizing Al-Shabaab terror group, which is responsible for thousands of killings within and the region, Kenya being the worst hit.

“U.S. security assistance to Somalia is an important part of our efforts to work with the people and government of Somalia for peace and stability,” said Yamamoto.

“Peace and stability for Somalia means more stability in the entire region. It also means that the people of Somalia will be able to better focus on building a prosperous future.”

Kenya Defence Forces are among a more than 10, 000 strong AMISOM forces fighting the militants.

To complement their efforts, the US Forces have launched tens of air strikes, killing the terrorists right from their hideouts.

Somali National Security Forces and their AMISOM partners continue to make advancements into the territory previously beset by terrorists.

In a statement, the US Africa Command says, ” these Somali-led operations are necessary to advance Federal Government of Somalia objectives, spur economic activity and development, and release Somali citizens from the oppression and coercion of al-Shabaab.”

Somali forces recently cleared the south of the Shabelle River near the village of Bariire and established a security presence in the area.

The mission was the latest in a series of operations designed to force al-Shabaab out of strongholds in Lower Shabelle.

“Operations such as this enable the Somali government to restore critical infrastructure in places like Bariire, leading to increased economic activity,” reads the statement.

“The assistance provided in Somalia is truly an international effort and there are encouraging signs of change, progress, and emerging options for Somalis.”

While Al-Shabaab have extensively been weakened, they still launch pockets of attacks within Somalia and the region.

On January 15 to 16, the militants launched an attack on the DusitD2 complex, a luxurious facility located within the leafy suburbs of Riverside drive, often frequented by foreigners.

At least some 21 people were killed, and tens others injured, with more than a 1,000 saved from the ugly face of terror.