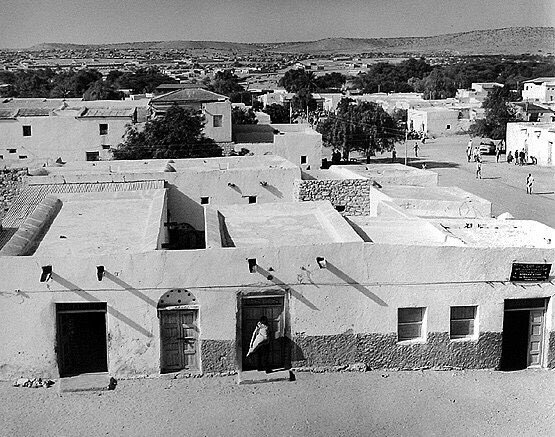 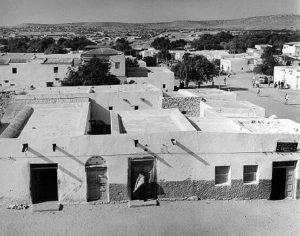 This part follows the previous parts involving major discrepancies of the union process and fallacies, legal loopholes and technical mistakes in the Act of Union. This is a close shave look at the origins of mistrusts, discontents and dissatisfactions of the people of Somaliland origin (politicians and public alike) after the speedy formation of the loose union.

As the two independent states united, the republic formed was run by civilian democratic administrations but in fragmented states with endemic corruption, tribal affiliations and nepotism. The people of Somaliland felt the heat as they were subjected to discrimination in the system and the regions of the North remained peripheral to any development. The administration was centralized in the capital, Mogadishu, as the center of politics, and the development concentrated in the south. Even students who finish their intermediate and secondary levels of education in the north and other parts had to go to Mogadishu in search of employment and further education and scholarship opportunities. This centralized domination was clearly evident among the people from the north as an essential ingredient breeding ground for dissatisfaction among the northerners and rise of an early dissent which initially started in low profile.

It took not along for the people of Somaliland origin to practically observe the deception of the south in the process of union. Italian Somalia took advantage of Somaliland’s emotional fever of the north. The union marriage was prompt without conditions or safeguards and that led to the situation.

Immediately after the unification, signs of public disaffection emerged. The situation was further complicated by an endemic corruption, a highly charged nepotism and tribal affiliations in endemic proportions in the country.  Right at the outset, misunderstandings and frictions stemmed from the amalgamation process of the two states. In addition to the inequity in the power-sharing described earlier, a growing sense of marginalization of Somaliland evidently cropped up. The regions in the North were deliberately left out on the fringes of development under the successive civilian governments of the Republic. Those were a complex number of factors that contributed to form pull factors to the formation of northern opposition and formation of SNM about two decades later in 1981 (described in next parts). Those factors contributed to lay foundation for the emergence of initial signs of discontents.

At the beginning of the union, two different economies, two different judicial, administrative, and educational systems, and two different official languages (English and Italian) formed difficult in operating the system of government. There was a complete lack of a plan for the unification and integration between the different systems of governance and civil and armed forces administrations. The foundation of the union was weak and trembling right from the start. There was a total lack of justice against Somaliland (politicians and people alike). There was an economic and development disparity between the regions of the north and rest of the country. Mogadishu and the South received the largest share of the development budget cake.

In the first year of the union, the civil servants and military officers from the North (Somaliland) were the first who felt the direct discrimination in the government institutions. On various occasions, several ministers of Northern origin resigned from the first civilian government. They were discontented with the system of government which was muddling through corruption and favoritism with all posts in the hands of southerners as mention earlier. Tribalism was importantly an extreme obsession as it reached a stage whereby even some of the first civilian governments, without showing antipathy by the government and politicians, popularly became known as a government dominated by single clans at times. For example, the Government of the ‘Sa’ad’ clan ‘Governo saad’ was dominated by ‘Sa’ad’ clan, a main sub-lineage of the Hawiye clan. On other occasions, due to the ineffective government administration of the governments in power, governments were publicly called names like ‘Awaro’ which literally mean the ‘one-eyed’ government because of its oversight, negligence and overlooking of the development of specific regions mainly the Northern regions as Somaliland state was reduced to region being governed by a governor. Loyalty to clan affiliation was the main focus and strengthened and encouraged whilst meritocracy was amiss.

The people from the north saw a yawning gap between their wholehearted wishes and their hopes and expectations from the union and initial signs of disappointment and symptoms of rejection were showing up.

In addition, to the injustice in power-sharing the capital asset, commerce and trade potential in the north was undermined and relocated to the South. The manpower with administrative skills and management in the north were transferred to Mogadishu. The port of Berbera activities and port transactions were moved to be handled by the port of Mogadishu. Abdillahi Suldan Timacade, one of the popularly known poets in the North relayed the peoples’ concerns and feelings and directly to the President, Abdulrashid Ali Sharmarke, who was on a tour to Hargeisa at the time, indicating government’s negligence and deliberate marginalization of the north using classical poetic skills:

Dariiqadooda ka leexane (and who did not abandon from the track)

Dalka caawa aynu joogno (In this country we are in tonight)

Dulligii isticmaarkiyo (who got rid of the evils of colonialism)

Dahaadhkiiba ka siibaye (Who peeled exposed their wish for independence)

Kaana daaqad ka saaraye (Who casted that out of the window)

Danteenaa laba diiday (Our common aim was against two states)

The same poet (Timaade), on another occasion, resented Somaliland’ political circumstances and described how independence was unreservedly lost and the way it was demeaned the Southern-dominated government:

In loo sahamiyo bay ahayd, aad wax loo dayee (A fact finding scout should have been sent beforehand, so as to settle it properly)

Afar cisho markuu jiray, ula abraareene (when it was only four days old, they took it away to distant lands)

(The she-camel is the independent state of Somaliland)

Mohamed Ibrahim Egal, the first Minister of Independent Somaliland state, sacrificed his premiership/first ministerial post for the sake of the formation of the union. Egal became Prime Minister of Somali Republic in 1967 until 21 October 1969 when his cabinet and the civilian government were toppled in a military coup led general Mohamed Said Barre on 21 October 1969. Egal was imprisoned by Siyad Barre for 12 years. The military revolution is discussed below and the union eventually ended up in disaster. That culminated in a brutal destruction of the society in Somaliland regions.

In 1961 Abdillahi Suldan Timaade himself visited Mogadishu to evaluated the political situation in person. On his return to Somaliland, based on his practical experiences and observation, he composed the following lines:

Dikhsi lama xisaabsanid haddaad dow ku kulantaane (You are no more than fly to them if you encounter them on a path).

The clan tactics of the government was unashamedly in full swing right from the start of the early infancy of the union. Mogadishu did not pay respect to the people of the North and the sacrifice they made in lieu of their independence they brought to unite with Somalia. Another popular poet from Somaliland expressed this by saying:

Hashii aan intaa iyo intaa oon la dabajoogay (The she-camel that for so long I looked after in difficulties and thirst),

The injustices were clearly noticeable to the ordinary citizen as portrayed by the situation by the famous Somali poet, Qasim:

As the government was fully immersed with corruption and nepotism, desperation among the people was evident. “Hadduunbaa sidii buul duqeed, daaha loo ragaye” as it (government administration) was like an abandoned elderly woman’s hut”, a Somali saying articulates.