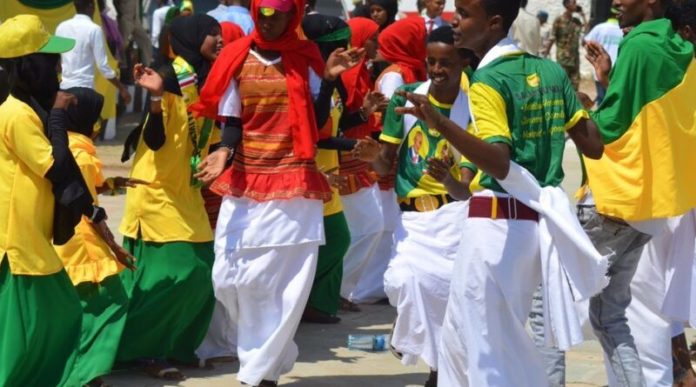 Lewis Center, Ohio—The last time Somaliland held legislative elections was in September 2005 since then two consecutive presidential elections took place in Somaliland. For over a decade, Somaliland leadership’s attitude toward the repeated delays of the legislative elections were to deflect, derelict and dither, because of the pandering to clannish, identity politics. But if we do not address removing the corrupt, un-elected legislators from office, lawlessness, and ruling by executive decree, will continue unabated.

The Wadani party leader, Mr Cirro, had failed to address the legislative elections  delays during his tenure as a speaker of the Assembly. Last week, the Bihi administration has asked the courts, for the second time, to intervene in the dispute over the allocation of legislative seats, which is deflecting its responsibility.

What we need is a constitutional amendment, or parliament passing statutory laws, or an inclusive independent commission to come out, a fair system for the number of people or voters each representative represents.

Since we do not have a true census, and conducting it requires resources and time, the only reliable and available data from Somaliland Electoral Commission is the number of voters. We should rely on that data and use it. For example, in some advanced democratic countries such as Sweden and Finland use the number of voters for the allocation of the seats in their legislatures. This truly reflects a fair one man vote system, anything else would only perpetuate division.

The current highly flawed electoral system disfranchises a large number of voters by making their votes irrelevant. What is troubling is the division of the country into 6 regions based on the false” Faqash” era  administrative regions.

We know the history and wicked politics behind how some of these regions were formed during Siad Barre dictatorship. There are still disputes over delimitation of the boundary  between Awdal and Gabiley regions. And if we do not address these disputes—-the embers of Somalia’s civil war will reignite into a fire again.

Yet the Vice President Saylici has exacerbated the disputes by acting as though he is the Chief “ Aqil” of his  own sub-clan. He colluded with a land grab campaign of  his sub-clan to take over the traditional territory of Issa ( Salal region) and parts of Gabiley region.  In fact, while the under the radar during the last days of Silanyo administration, and with the blessings of then presidential nominee Muse Bihi—-who adamantly opposes Gabiley to be a region and to run their own affairs——he incorporated Cal- Xaydh township into Awdal and away from Gabiley region.

Some of the delegates of the regions such as Sahel, Sanaag, and Awdal, were elected with an average of 2,900 voters, or even less while some candidates in Hargeisa/ Gabiley region where a huge population are packed together ——have failed to get into the Assembly even though they received over 6,000 votes. The total size of a district or region’s delegation to the House of Assembly should only reflect on its people or the number of voters.

Given all of that, what we have seen and heard from the proponents of clannish, identity politics and their powerbrokers in Hargeisa is a crybaby and that they are boycotting the upcoming legislative elections, because do not get enough seats in the legislature. This is nothing but a farce.

Within a nine months,  Somaliland will hold legislative elections in 2021(Allah’s willing) to elect new members of the legislature. For this reason, it is crucial for Somaliland voters and Somalilanders  in the diaspora to know the visions, platforms, qualifications, and competence as well as the characters of the candidates that are running for upcoming 2021  legislative elections. So that when elected, their policies will  be based on moving Somaliland away from parochial, clannish, identity politics into a modern functioning democratic state. A state that can feed its people, educate its children, and a place where parents can raise families.

The current political parties have effectively turned Somaliland into a monopoly system between two rival political parties and whose apparatchiks changes roles between and within the parties at will. Without allowing more parties or independent candidates to compete in the upcoming legislative elections, the situation will be akin to doing the same things over and over again and expecting a different result.

Finally, because of over 15 years of a do nothing and venal legislators, and 10 years of Kulmiye party’s corruption, incompetence, and pandering to clannish, identity politics, our system of government is longer working for ordinary people and it needs a bold reforms.

The only remedy is a constitutional review convention——a constitution wrapped around the fallacy of being the product of the people of Somaliland. In order to make the Somaliland government— an effective, inclusive constitutional democracy based on the rule of law and accountable to the people—not a state ruled by executive fiat.