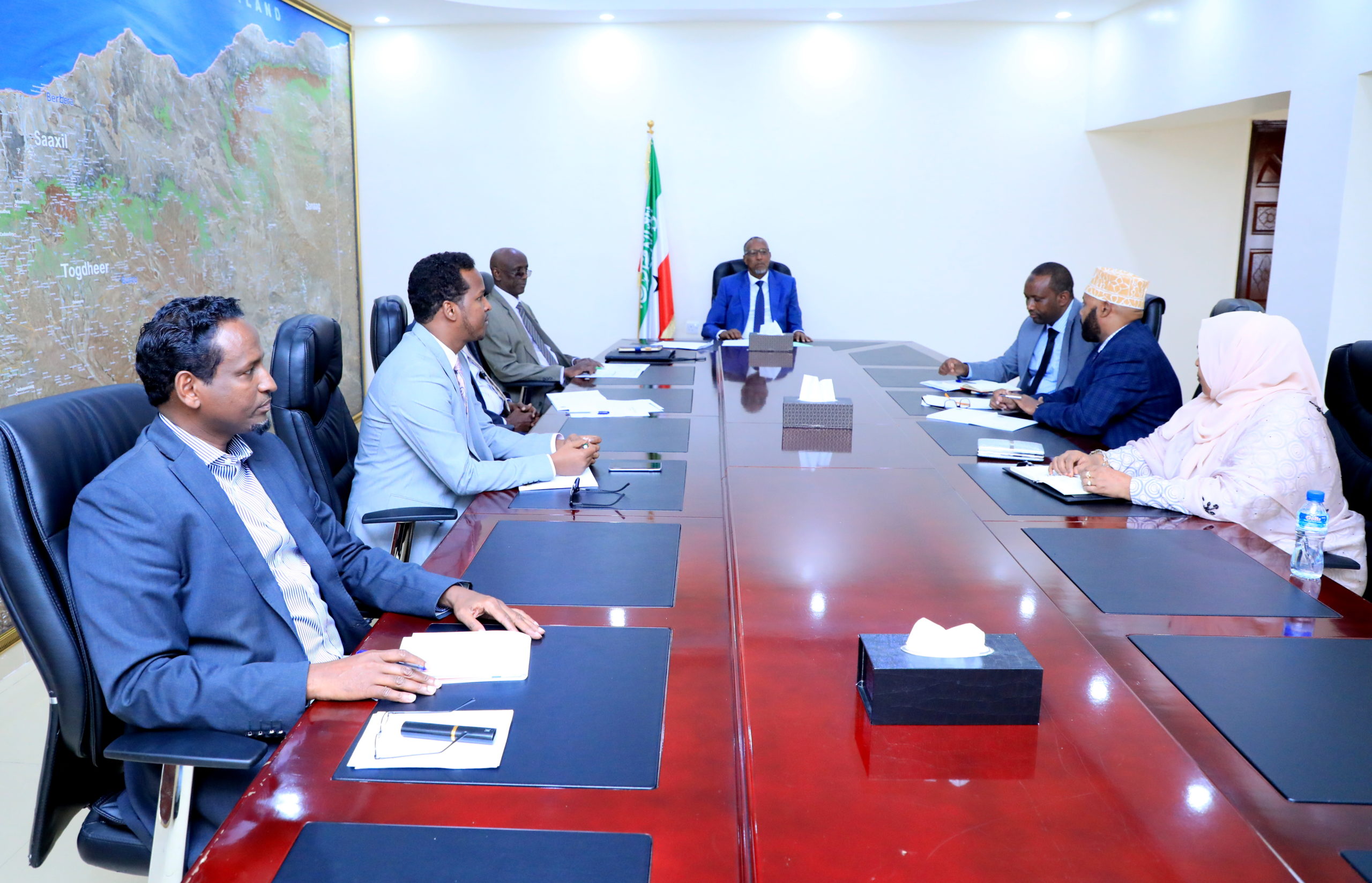 Somaliland President Muse Bihi urged members of the National Electoral Commission to boost efforts towards holding elections on time, following a meeting held at the Presidential Palace in Hargeisa.

Members of the National Electoral Commission informed the president about achievements made thus far and tasks ahead to ensure elections take place within scheduled time.

President Bihi reiterated that the eyes of the Somaliland citizens are on upcoming elections and that his government is committed on holding elections within 9 months, as agreed with opposition parties during a recent meeting held in Hargeisa.

During a keynote speech to Kulmiye party supporters on Monday, Mr Bihi told the Somaliland citizens not to elect him again if he fails holding the upcoming election on its due date.