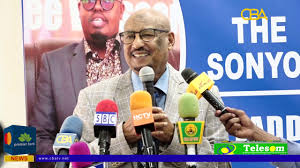 The Chairperson of Justice and Welfare Party, UCID, has accused the Somalian ambassador to Ethiopia of conspiring to disintegrate Somaliland, by creating new states that are affiliated with the Federal Government of Somalia (SFG). Honorable Faisal Ali Warabe has alleged the ambassador, Abdikarim Abdilahi Omar alias “Amay” is spearheading a drive to form Federal State dubbed Maakhirland in Somaliland’s Sool and Sanaag provinces. Faisal went on to say that the ex-deputy Puntland president who turned a Somali diplomat facilitate a meeting between Somaliland traditional elders from these provinces and IGAD officials to pave the way for setting up a new State.He said that they want to create what they call Maakhirland or Maakhir state which compromises of Sanaag and Khatumo states or Sool, Sanaag and Ayn regions in Somaliland. He further added that what they want to is to get the green light and the go ahead from IGAD. Mr. Faisal has said that Somaliland is preoccupied with its domestic divisions created by the political squabbles  in lieu of facing challenges from outside of the country. 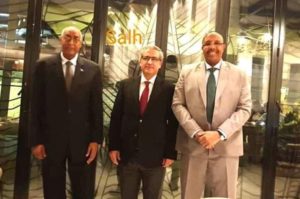