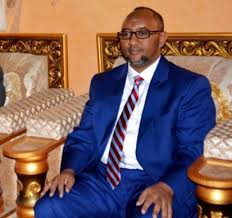 Wadani party as Somaliland’s opposition party on Sunday has announced that it has officially withdrawn from the tripartisan agreement which the EU mediation brokered. The announcement comes after parliament was adjourned yesterday and went into recess for a month. Wadani opposition party leader, Mr. Hirsi Ali Haji Hassan speaking to the media corps told that the motion was killed after the parliamentary lawyer claimed that the agreement was unlawful. What has irked the opposition party is that the motion was not tabled at the parliament for lawmakers either to approve or reject the agreement. Mr. Hirsi who used to be the right hand of Silanyo’s presidency has accused the current Kulmiye led gov that they have breached the terms of the accord. The party leader has asserted his party’s stance that Wadani has pulled out of the tripartisan agreement which the chairs of the three political parties have put the pen to paper and ratified the accord. Mr. Hersi said that if the gov leaders acknowledge their blunder and want to rectify their mistakes, Wadani will uphold the terms of the agreement.