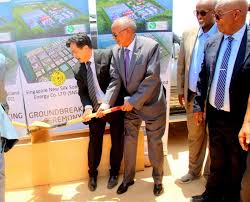 Some Chinese firms had invested mainly in Africa’s ongoing development but Choqqin Foreign (International) Construction Corporation (CICO), a state-owned firm exploited the legal loopholes and played by the playbook until caught red.-handed. This company has been mired in notorious dealings and contracts for road constructions across East Africa; most of its contracts were done through backdoor channels. Its first project deemed a lawful but ever since, any following contracts they won were scandalous and a breach of the contract processing laws. They were accused of bribery of the award-contracting committee but fell short of feeding their road construction workers afterwards.

22 August 2017, the African Development Bank ADB delisted Chongqin International Construction Corporation (CICO) the bank’s investigation found that the Chinese company engaged in fraudulent activities in regard to the ADB –funded projects. In their operational resume, the company falsely claimed of fitting work experience to the project requirements to desperately win the contract an experience which later turned out to be nonexistent. The construction by this firm was suspended for a year.

The same fraud technique is used by the same company subcontracting to newly established firm known as DCI to bypass its notorious name but the TRADEMARK EAST AFRICA might checked the google-available data which indicate how corrupt this firm is.

DCI the fake construction firm is said to visit to Somaliland to lobby and get the support of the Somaliland Road Authority and its concerned ministry.

This company involves in series of financial scams and cooked their books disregarding the investment laws in East Africa.A falsely established firm known as EUTAW received a road construction contract but immediately sub-contracted 100% of the works to CICO which was against the law; the firm may change their name to evade a detection of the real notorious name firm. This company has been blacklisted for committing financial crimes regularly. Anyone complicit in the Ponzi scheme was persecuted.

The Public Procurement and Disposal of Public Assets Authority (PPDA) of Uganda accused this firm of tinkering and asked for the persecution of the contractor for the violating of the laws.

After all, violate any laws in any the country they operated for financial greed, the Chongqin International Construction Corporation (CICO) is said to get attained in the finalists list in Somaliland road construction bid. Independent observers and foreign investors keen on Somaliland upcoming business opportunities are worried that this unethical firm may apply the same deception techniques to win the project of Hargeisa Bypass Road (Route 200). Already the company has been shortlisted for the contract based on operational expertise that didn’t materialize followed a humble scrutiny of the google obvious data. The investigative expertise of Somaliland Award-contract Committee is limited if not virtually nil.

This company also mistreated its workers in so many ways.

Trademark East Africa should aware of the corruption practices and deal with it swiftly.

The DFID is funded by the UK’s taxpayers’ money and this Chinese corrupt firm will surely get the contract unless the Trademark East Africa is forewarned not the citizens like myself but by the UK government agencies that every pound the UK’s taxpayers’ money won’t be wasted on financing Ponzi schemes and lucrative projects that are not in line with the British values of transparency and accountability.

The inclusion of this firm into a list of the contractors list reflects the weak institutions of Somaliland government, which failed to detect the murky background of this corrupt firm.

The World Bank, the EU donors and other stakeholders should carefully watch the bidding system of Somaliland in the light of this corrupt company.

Edward John is a member of Anti-Corruption International ACI