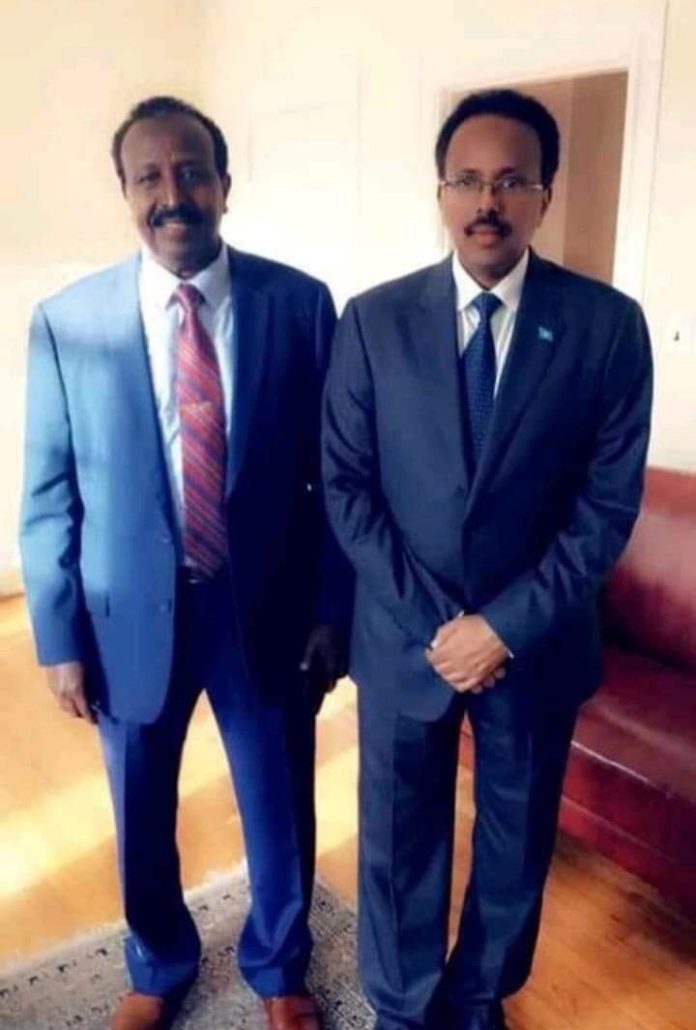 Colonel Tuke was found guilty of torture at a Virginia Court earlier this year and is facing deportation from the United States of America. The Colonel has previously been deported from Canada for lying in his asylum application.

The photo was taken at a ceremony to open the new Somali embassy in Washington, DC.