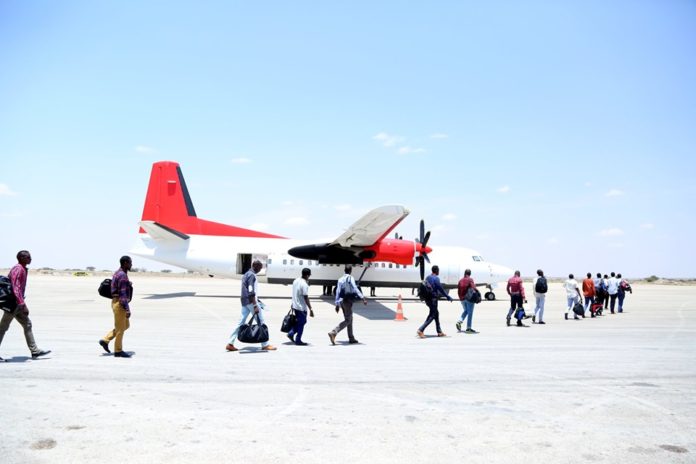 The Somalian Federal Gov has addressed an official protest letter to Seychelles government, Contact Group on Piracy Off the Coast of Somalia and the United Nations. The protest made by Somalian authority installed in Mogadishu has something with Somaliland’s recent move made by president Bihi in which he pardoned 19 convicted pirates who were serving their jail terms in Somaliland prisons. The released pirates were transferred from Seychelles to Somaliland as an agreement reached by the two sides have stipulated on engaging on the fight against piracy which skyrocketed during the 2012. The Somalian authority expressed its disillusioned over the release of the convicted pirates before they have finished their jail terms and stated that it is worried over the decision taken by Somaliland gov. The authority in Mogadishu further urged Seychelles to condemn Somaliland move with the strongest possible terms in the first place and to take the matter to court against the United Nations and CGPCS. The Seychelles Gov in a press release issued condemned the pardoning of the pirates before they have completed their imprisonment a move lauded by Somalia populace. The Somali Federal Gov has sought this move as another diplomatic pressure and take advantage of ways to see the  collision between Somaliland and CGPCS.