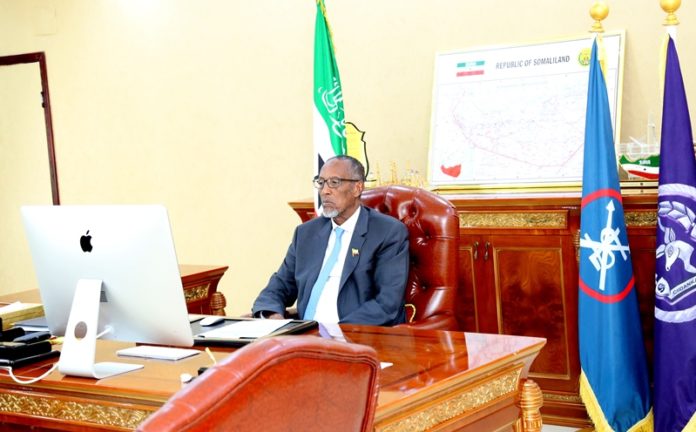 Somaliland is a sovereign country that respects the sovereignty of other countries especially as pertains in the intervention in internal affairs.

To this effect the government of Somaliland strongly urges members of the international community with a stake in the Horn of Africa   to immediately desist from continued insinuations that the people of this country are involved thus have a part to play in late this year planned elections in Somalia.

The regular weekly meeting which dwelt in various issues among them the pandemic Covid-19 and ongoing efforts to reconcile warring clans in El-afweine district of Saanag region also set out new guidelines on how development and donor organizations undertake interventions activities in the country.

On the matter of planned Somalia elections the government of Somaliland having stated clearly that it supports all endeavours to not only find lasting peace but attain full democracy in the neighbouring country said that “Let the IC stop insinuating that Somaliland is part and parcel of the planned elections courtesy of some citizens from Somaliland currently based in Mogadishu.

“The Government of the Republic of Somaliland, in light of a recent joint press statement in January 28, 2020, on Somalia’s electoral law by its international partners, would like to caution the international community against any interventions in the region that risk compromising Somaliland’s hard-earned, lawful and legitimate sovereignty, territorial integrity and political independence”.