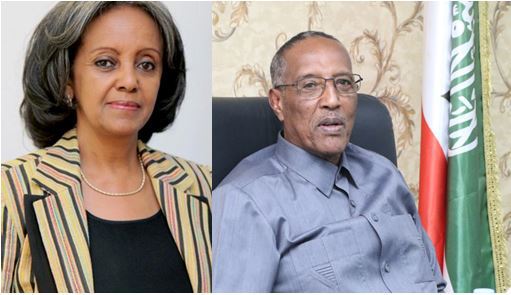 President of the republic of Somaliland, His Excellency, Musa Bihi Abdi has sent on Thursday a congratulatory letter to the President-elect of the Federal Republic of Ethiopia, ambassador, Sahle-Work Zewde.

Ms. Sahle-Work has done great success after the parliament of her country voted in favor of her becoming the first female president of Ethiopia in its history.

President Bihi hopes that she will execute her duties as effectively as she could while Ethiopia has bilateral ties with Somaliland on trade and security cooperation.

In his letter, President Bihi states “on the occasion of your election as President of the Federal Republic of Ethiopia, I wish to convey, on behalf of the Government and the people of Somaliland, my heartfelt congratulations and best wishes for the successful fulfillment of the high duties entrusted to you by the Federal parliament”.