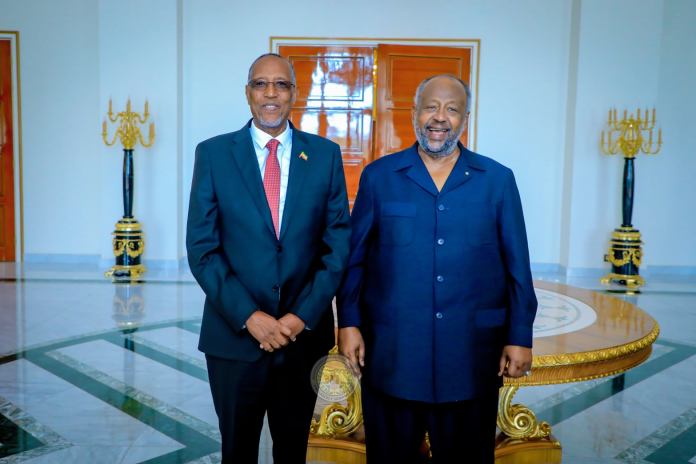 During the meeting, the two presidents discussed strengthening the traditional ties between the two countries, facilitating trade and commerce between the two peoples, both brothers and neighbors.

On the Djibouti side was accompanied by the Minister of Interior, Hon. Said Nuh Hassan, Minister of Commerce, Hon. Mohamed Warsame Diriye, the Minister of Information, Culture and Communication, Hon. Ridwan Abdillahi Bahdoon and the Director General of the Presidency, Mr. Almis Mohamed Abdillahi.