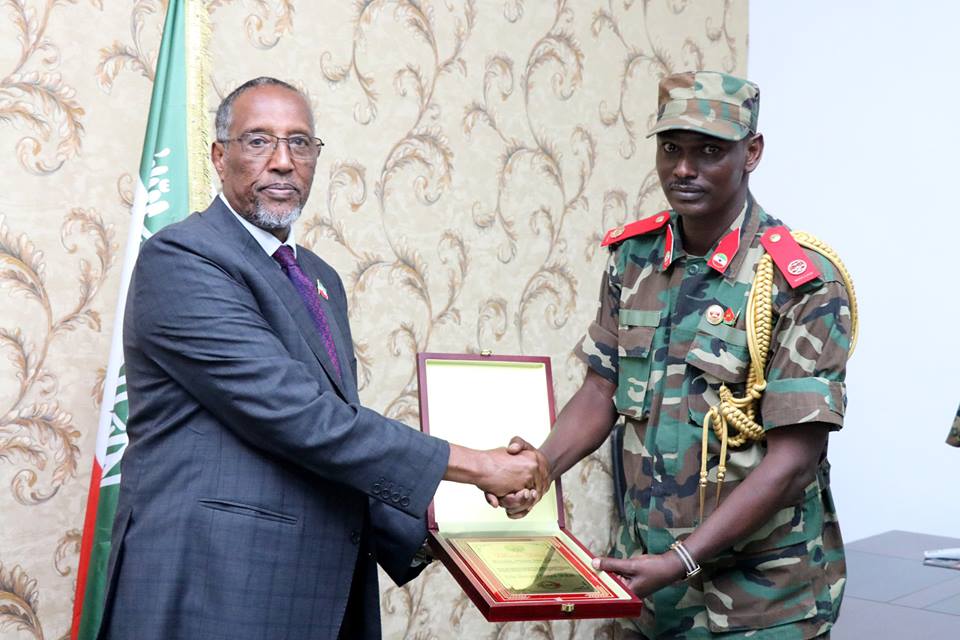 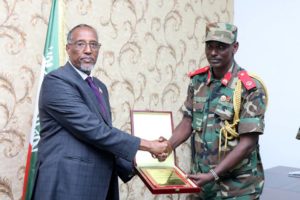 HARGEISA–The president of Somaliland has on Saturday presented certification honors to military officers who completed university courses in overseas and graduated with honors.

The military chief briefing the president on the officers said that he was pleased with them to complete the university courses and at the same time graduated with honors. The defense minister, Hon. Ise Ahmed Yusuf has stated that having the president met indicates his commitment towards the defense forces in Somaliland.

The Head of State has asserted that the officers have lifted the Somaliland name and thanked the well done job that they have done. He congratulated on completing the courses in overseas and added that it has boosted Somaliland’s image across the world.