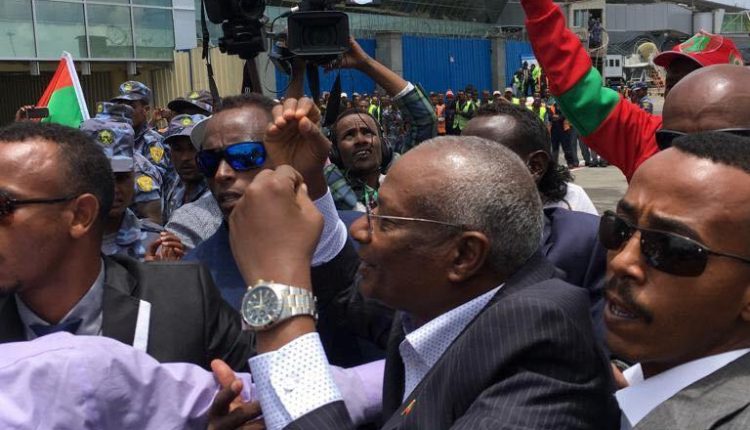 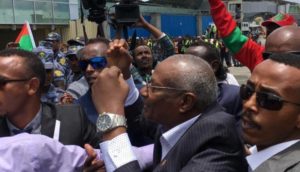 Upon arrival at the Addis Ababa Bole International Airport, the delegation was welcomed by government officials and invited guests.

Speaking to journalists at the airport, Dawud Ibsa said, “Ethiopian youth, Qero and Ethiopia people in general, including OLF, are parts of this reform and that is why we came here.”

“We returned home as the incumbent force of change has opened the door for the peaceful conduct of the reform and to contribute our share for the success of the reform,” he added.

According to him, OLF’s short term plan is to discuss with the people on ways of engaging in peaceful struggle and giving training.

The Oromo Liberation Front would work with the government for the success of the reform and to bring peace and build democracy, he added.

The Oromo people have made a significant sacrifices in the efforts made over the past year to build democracy in Ethiopia.

The Chairman finally called on the people and political parties to do their part in ensuring rule of law in the country since democracy can’t be achieved without rule of law.