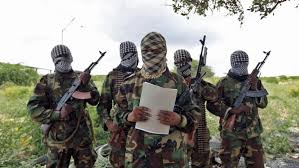 A police officer who declined to be named told Xinhua that the attack happened in the early hours and lasted for about half an hour.

“The enemies attempted to attack Somali forces in Afgoye but after a short time battle they were overpowered and pushed back. Now the city is calm and there is no gunfire,” the officer said.

The local officer did not say if there was any military or civilian casualties.

“Both sides exchanged huge gunfire and we felt panic during the fight but it has stopped now,” Mohamed Deeq, a resident of the agricultural town told Xinhua.

The militant group al-shabab did not comment on the incident but have been known to frequently launch attacks and deploy suicide car bombs in the capital as well as in other parts of Somalia.