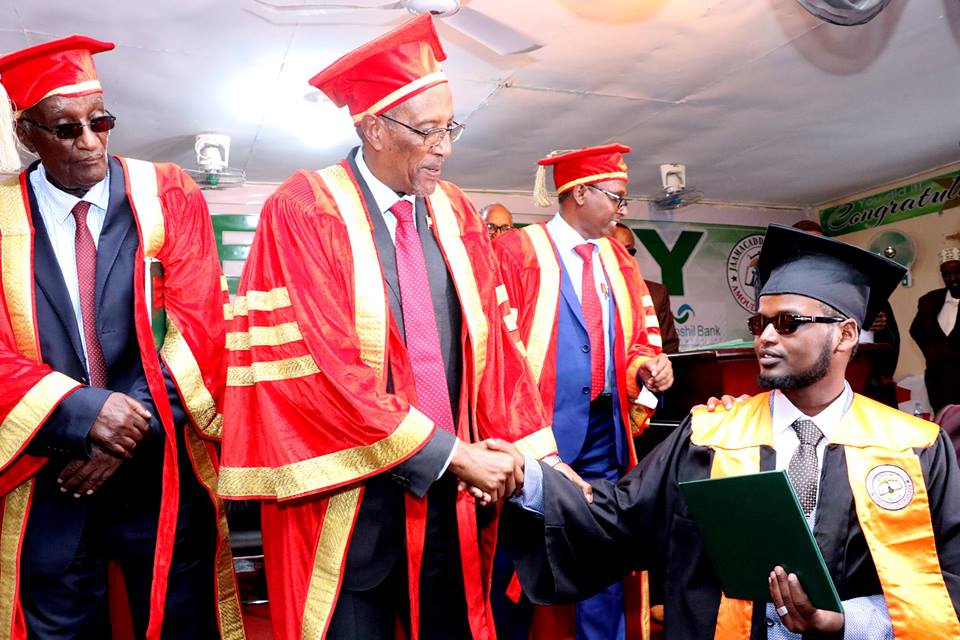 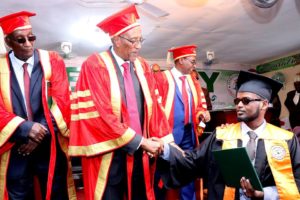 HARGEISA–President Musa Bihi Abdi has attended on Sunday a graduation ceremony where 847 students who graduated from the prestigious Amoud University in Awdal region.  First of all, Head of Amoud committee, Hon. Ahmed Misan Are sent a felicitation to all graduating students and the parents who helped them.

Amoud University president, Prof. Suleiman Ahmed Gulied has welcomed the delegation led by president who were in attendance of the ceremony marking the 17th batch of student graduation. Mr. Suleiman noted that 102 students completed masters studies while 745  finish degree studies. Dr. Hussein Mohamed Mohamud a. k. a. “Hussein Hoog” has spoken on behalf of students who completed masters program urged them to further pursue their education.

Dr. Rahman Hasan Tubec who spoke on behalf of women graduates encouraged them to further continue their education goals despite challenges they may encounter. Deputy first parliament speaker and the former Somaliland Vice president congratulated the students on well done job for finishing their education.

SL minister of education and science, Prof. Yasin Mohamud Hiray aka Faraton has said that the government is determined to improve the quality of education . Somaliland leader, Musa Bihi Abdi has also sent a cable of congratulations to the graduating students for finishing their education. The Head of State has announced a project aimed at upgrading the quality of education in Awdal region. Mr. Bihi handed out the certificates and also toured the university campus whereby he inspected the university classes and offices.