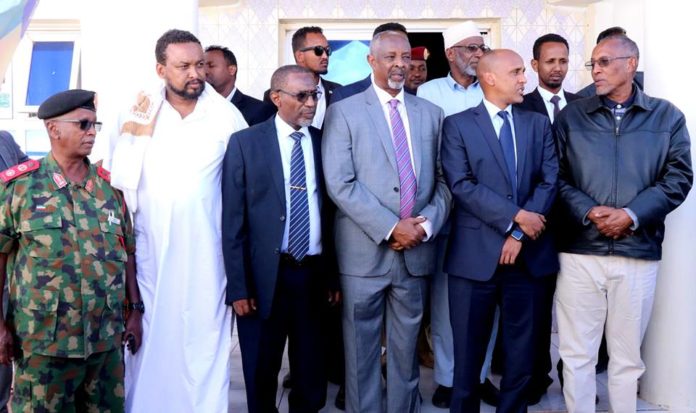 The mission behind the high level discussion between the two leaders talked ways to enhance the cooperation on areas of trade and security.

Once the talks that lasted for hours concluded that the minister in charge of information for Somali state, Hon. Gulied Ali Kahin and Somaliland’s presidential spokesman, Hon. Mohamud jointly spoke to the local media to brief on the issues that were high on the agenda of the talks.

Somaliland said that the meeting was aimed at boosting the cooperation on the areas of security, trade and investment. Both sides have agreed upon the creation of technical committees who are expected to work together to the realization of the agreed points,

The minister responsible of information for Somali state said that the two leaders also talked about the political changes that unfolded in the Horn of Africa,

He also said that the two presidents discussed ways to further speed up the implementation of the accord whereby Ethiopia entered into agreement with Somaliland,

The minister has apologized to a statement from the Somali state president in Ethiopia which he accused of Somaliland of harboring individuals who pose a threat to its security.