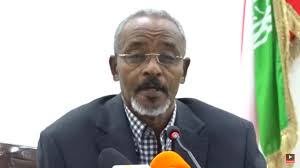 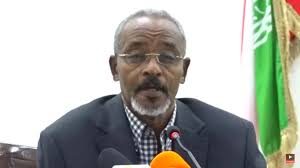 A demand by Somaliland’s main opposition party (Wadani) to disband the National Election Commission (NEC) was rejected by the government as the information minister issues a press statement. The information minister, Hon. Abdirahman Abdilahi Farah “Guribarwaqo” said in a written reply that Somaliland Election Commission will finish term in office. He said its absurd and ridiculous to heed opposition demand which is not based on rational grounds. The minister spoke on opposition that has threatened head of Observation Mission to the presidential polls, Michael Walls. The minister said that no one will make threats or harms against Mr. Micheal Walls and other who are interested to come to Somaliland. The minister further stated that the government is responsible for the well being of foreigners in the country.