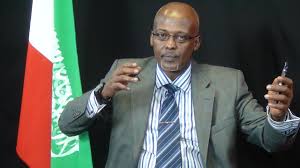 Mr. Abdi Good Abees reported receiving a death threat on Saturday and said that Djibouti intelligence may be behind it. Mr. Abdi told Star television yesterday that he received Whats app message from Djibouti at around 8:32 morning and 11:58 noon at Hargeisa local time. He publicly told that the reason for getting the death threats is linked to his scathingly criticizing Djibouti’s Head of State, Mr. Ismail Omar Geele over the recent dispute with GSK holding owner, Mr. Ahmed Osman Gele. He was threatened that he will be killed by speeding vehicle or that he will be gunned down in Hargeisa. Mr. Good has told Somaliland populace that if he is being killed that Djibouti will be held accountable whatever happens to him