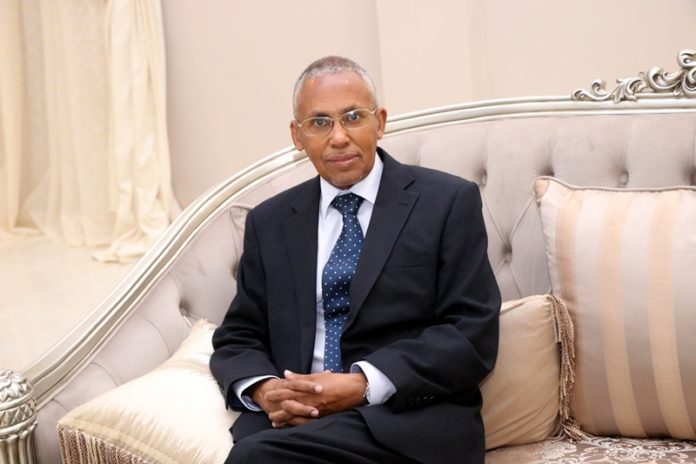 Saad Ali Shire, the Finance Minister of Somaliland, denied allegations levelled against the government by a prominent religious leader.
In a sermon made during Eid Al Adha celebration, Sheikh Adan Siiro said money is not circulating in the economy and claimed the government officials are keeping the money to themselves.
The outspoken religious leader called on the government to open up the economy and assist the needy who are in “destitution”.
Minister Saad said 47% of the budget goes to salaries, and 28% to operations such as fuel. Only 20% is allocated for projects, and the allotted money has been released, he said, talking to Sahan TV.
He stated that the assessment of the religious leader is not right. Government spending is based on a pre-approved annual budget, he added.