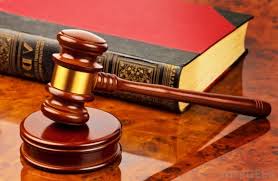 HARGEISA– The Supreme military Court in Somaliland has handed down a death sentence to a police officer who was found guilty of killing innocent man near Wajale town in Gebiley district.

According to a statement from the office of the supreme court of Somaliland military, the court has sentenced the one defendant death penalty and two other police officers to 11 years of imprisonment.

According to Somaliland New Agency, SOLNA, the military court sentenced to death a police officer by the name of Yasin Mohamed Farah who he was 35 years old after he was convicted of killing a civilian named Aidarus Mohamed Dahir. The court also sentenced eleven years of imprisonment to two other officers who were accused of being part of the murder.

The two other police officers were identified as Abdinasir Mohamed Gulied and Omar Mohamed Abdi.