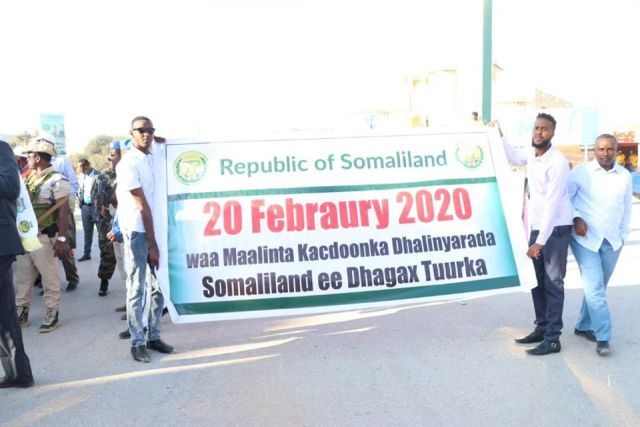 Somaliland has today celebrated the national youth day which corresponds to the anniversary of the youth protest that came to be known as Dhagah Tuur day.

Much like these young people, 38 years ago 1982, students took to the streets to protest against the authoritarian regime of Siyad Barre. One big difference was that students then faced tanks, mechanicals, and the full wrath of the state security apparatus on that fateful day.

To their credit, they knew what laid ahead of them. After all, they were protesting the prosecution of some of their teachers and other professionals who volunteered to improve public services in the city. They called themselves UFFO.

The protest turned violent when the students heard that the court had ordered the execution of the volunteers. Riots that erupted that day engulfed the city for four days claiming many lives.

Somaliland’s vice president Abdirahman Ismail Sayli’i, the ministers of youth, interior, and information were among the government officials that graced the event at the freedom park.

In their speeches, all officials emphasized Somaliland’s gratitude for the sacrifices for those brave young men. They urged the current generation to take them as their role models.