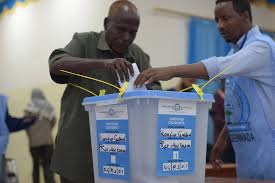 We, the under signed Independent Civil Society Organisations, do hereby express deep regret over the continuous extensions of terms and the failure of the political leaders to reach break through. The Guurti’s recurrent extensions of terms for elected office holders are not based on the constitution and are in violation of the democratic principles enshrined in the Constitution of Somaliland. Election delays undermine the democratisation process and deprive citizens the right to cast votes in period elections.

The members of the House of Representatives, the main law-making bod of the country, were elected in 2005 for one term of five years. Contrary to the constitution and the will of the people, they are now serving third consecutive terms.

The Guurti (the Upper House of the Parliament), which extends expired terms, was never elected.

We express discontent and concern over the mandate and legitimacy of the local councils in Somaliland. The terms of all local councils of the 23 electoral districts have expired. But they remain in office unconstitutionally.

According to the Regions and Districts Self-administration Act, the tenure of the local councils is five years. Elected in 2012, the term of the current local councils lapsed on December 2017, but they have received an “extension” from the Guurti (the Upper House of the Parliament). The “extended term” expired on April 2019. No election was held, and the Guurti has not extended again their term.

Local councils elect mayors who run districts. It is a disheartening and utterly unacceptable the citizens of Somaliland to be rejected to elect their district representatives. It is undemocratic and unconstitutional.

We do believe that the mayors and their councils have neither mandate nor legitimacy to rule.

Therefore, we call on the government of Somaliland:

The following signatories operate in all regions of Somaliland:

The Independent Civil Society Organisations (ICSO) is a loose coalition of a growing number of civil society organizations united for the purpose of protecting democracy and free space.