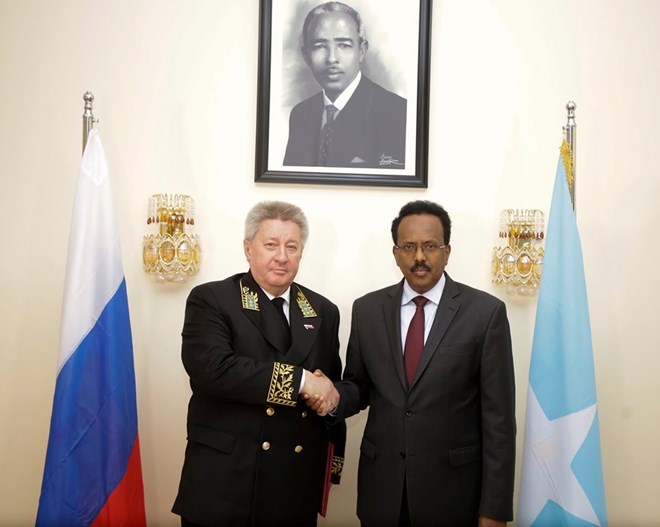 The Somalian president, Mohamed Abdilahi Farmajo, has received an official invitation from Russian counterpart, Mr. Valadmir Putin. The Somalian president is due to attend a high level meeting which will take place in Sochi. At the same time, the president, on Wednesday, has received the credence from Russian envoy to Somalia who submitted the official invitation to the Somalian leader. Mr. Farmajo will be in attendance in regard to Russia-Africa summit which will be held in Sochi at the end of this month. The Russian gov promised to re establish the strong bilateral ties with Somalia. The Russian envoy pledged that Russia will support Somalia in training its public workers and security personals.