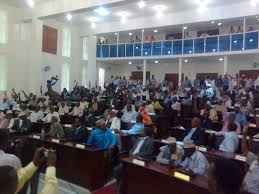 HARGEISA–Somaliland’s Parliament has on Sunday approved a Government Bill amending the country’s strict Islamic legislation on rape. The Rape Law Reforms was submitted to house of assembly by the House of Elders (Guurti).

The Upper of House of Somaliland parliament ( Guurti) called on the Rape law to be amended and reformed but with the Lower House of parliament passed the law as it was by rejecting calls to review and amend it.

Nagaad, a women’s’ rights umbrella organization who were at the parliamentary premises while the MP’s have passed the Rape Law hailed the move. This is the right step that Somaliland’s women have been waiting for anxiously.