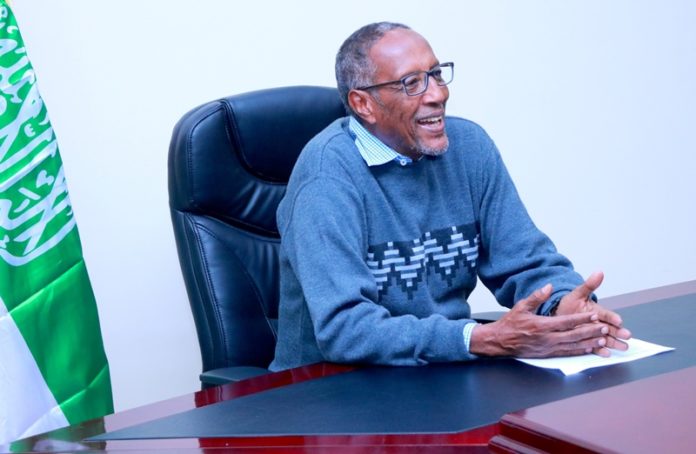 The Head of State H.E Musa Bihi Abdi has issued a presidential directive on Wednesday in which he transferred two private industries  back into the state control.
The two transferred agencies are issuing vehicle plates and vehicle book ownership.
This was disclosed in the presidential decree whereby the Head of State has recognized the importance for the state to control its property and it is the sole duty of Somaliland government.
It is stated in the press statement that it if of high priority to revoke agreements with privatization of public property.
According to the directive, the president has revoked an agreement that his predecessor has signed with Hodan firm and GTS which were in charge of the production of car plates and vehicle ownership books.
The ministry of transport and roads will assume the duty of running the two re-nationalized agencies.
The staffers will continue to work as usual where the takeover will not have any impact on their employment.
The president has bestowed the powers to the ministries of trade, finance and the office of the auditor general to assess the real value of the two agencies and the owners will be given the right compensations.
The Head of State has made consultations with the National Economic and Development Council and Legal Advisers on this issue prior to making the decision of government takeover of the two agencies.