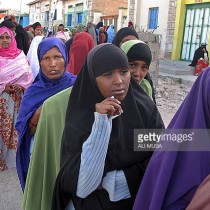 Concurrent parliamentary and local councilors elections are scheduled to happen in March 2019.

President Muse pledged to hold the planned election on time. But that does not seem happening.

The House of Representatives is in place over a decade. Elected in 2005 for five years, the members managed to surplus their elected term.

The local councilors as well exceeded their tenure.

Both received extensions from the Guurti, a parliamentary chamber that was never elected.

They want the members of the National Electoral Commission to be dismissed. The president rejected such demands.

A complied electoral law was submitted by the President to the House of Representatives, but the speaker is yet to table it before the House to debate.

The law is a controversial one.

First, it has to determine a seat allocation scheme for the six regions. The House comprises of 82 members which represent six regions. How many seats each region has to get from the 82 is not decided by a law and is contentious.

Secondly, the draft legislation proposed a quota for women. Human rights activists welcomed the suggestion, but the House has rejected a similar attempt in 2016.

All of these facts point the finger towards possible delay of the election.