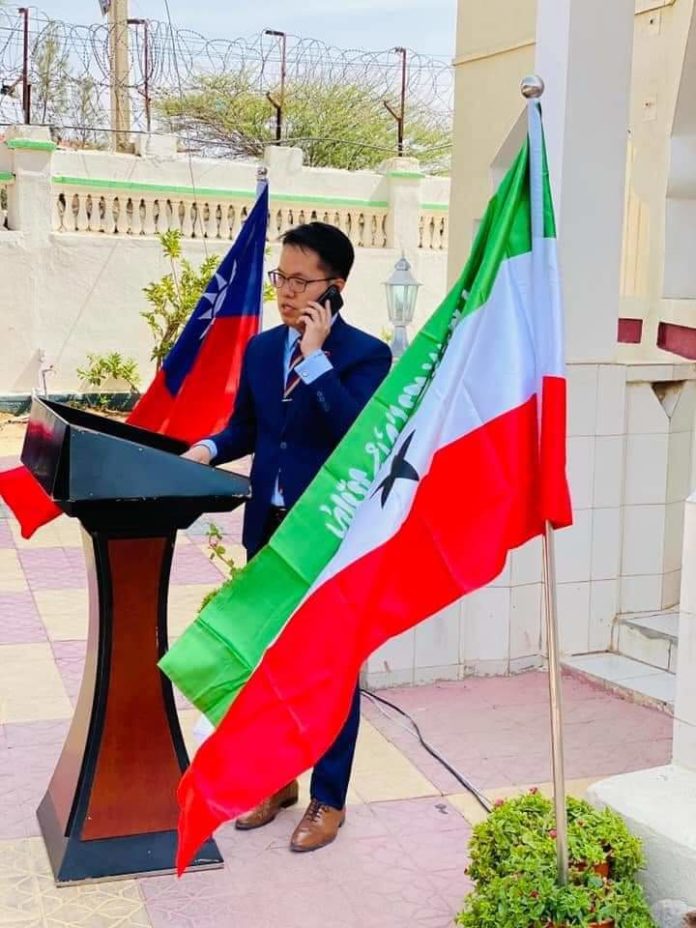 Somaliland has stated it will not cut ties with its newly found ally Taiwan despite protestations from the Federal Republic of Somalia.

Just two days after Taiwan opened its representative office in Somaliland capital Hargeisa on Monday, Somalia warned Taiwan of retaliatory measures if it continues to make moves in the breakaway territory, with its Foreign Affairs Minister Ahmed Issa Awad cautioning Taiwan against interfering with its unity and sovereignty.

But in reaction today, Somaliland Foreign ministry said it sees Somalia’s reaction towards Taiwan’s Representative Office in Somaliland “as astonishing and mystifying to the world nations” whilst the Republic of Somaliland has already diplomatic relations and substantive ties with many countries in Africa, Europe, and Asia.

“Somaliland – Taiwan’s new relationship is among such mutual cooperation and long-standing friendship between Somaliland and the members of the international community.”

“The Republic of Somaliland has reinstated its sovereignty in 1991 after its unanimously decided to withdraw the failed merger between Somaliland and Somalia in 1960.”

“Therefore, Somaliland’s sovereignty and territorial integrity are indisputable and irrevocable on the basis of these historical accounts. As the African states reaffirmed in the Cairo Declaration in 1964 the borders of Africa should remain as the colonials delineated and the Republic of Somaliland is among those countries in which this declaration ratified its borders.”

The terse letter further stated that “the government of Somaliland wants to reiterate that the bilateral relationship between Somaliland and Taiwan is based on reciprocal and our shared values of peace, freedom, and democracy, and the baseless propaganda from Somalia would not prevent this historic relationship between the two nations.”

On Monday August 17, Taiwan opened its first office in Hargeisa, the capital of Somaliland, in a ceremony that Somaliland officials and Taiwanese diplomats participated in.

This did not go down well with Somalia who foreign minister Ahmed Issa Awad said:  “The Federal Government of Somalia condemns Taiwan’s reckless attempts to infringe on the Sovereignty of the Federal Republic of Somalia and violate its territorial integrity,” he said in a statement.

“The Federal government will take necessary measures under international law to protect the nation’s unity,” the minister remarked.

In early July, when Taiwan — itself a breakaway territory of China — declared its relations with Somaliland, China’s Embassy in Mogadishu rejected the deal on grounds that it violated the One China policy for which Beijing is the sole representative of Chinese affairs abroad.

China regards Taiwan as a breakaway province which it has vowed to retake.

However, Taiwan, led by President Tsai Ing-wen, insists it is a sovereign state.