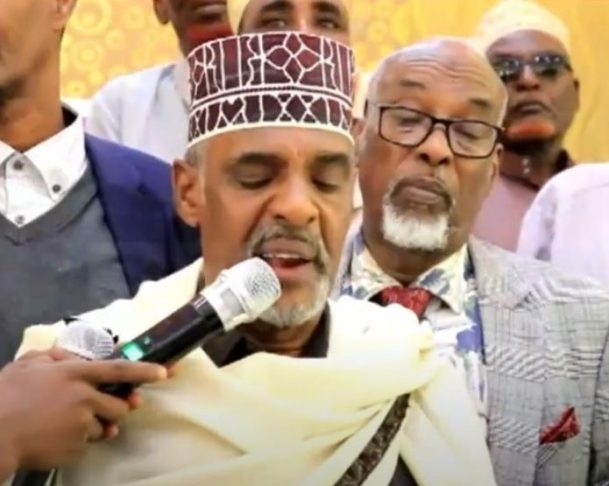 The long running dispute over regional seats allocation in the House of Representatives has reared its ugly head again.

This comes after traditional leaders of the Awdal region sub-clans spoke about their concerns regarding the distribution of seats in the House of Representatives of Somaliland.

Currently  the House of Representatives is composed by 82 members from six regions thence allocation of the demanded  40`% Share  to AWDAL region equals 33 seats.

Sultan Dhawal revealed this demand in Borama town after a meeting between the traditional leaders with the Somaliland Parliament’s Internal Affairs Committee and a team from the Academy for Peace and Development.

“We have made our determination clear to both the House of Representatives’ Internal Affairs Committee, and the Peace Academy.” Said Sultan Abdirahman Dhawal, adding that the clan’s elections non participation decision is final and also includes similar quest at the Guurti.

The Somaliland parliament is two tiered with Guurti, Senate, and the upper chamber whiles the house if representatives being lower chamber, both houses have 82 members each.

While the quest for an increase of seats in the legislature by the west and eastern region’s isn’t new the stance taken by AWDAL will surely derail the forthcoming elections.

This is because the agreement that ended a couple of years acrimonies over the Oft postponements of the polls entered by  the three national parties of ruling  Kulmiye and opposition UCID and Wadani brushed away the region seats realignment thus utilized the model employed during the one and only Somaliland parliamentary elections of 2005.

As of now it’s a wait and see game.