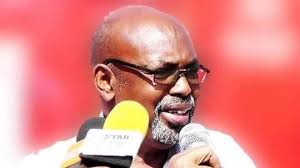 Governor Mohamed Derie Hayd of Togder Region declared that Buroa Hotels may possibly not be permitted to hold political gatherings and campaigns but only tolerate other vital meetings for the nation.

This was disclosed after an official directive issued from the office of the governor informed hotel owners and representatives of hotels in Buroa that political gatherings and meetings are banned.

The governor clearly stated in the press release that it is not the time for election campaigns and this will have a destabilization effect on the national security and assets.

The governor appealed to the public to comply with the order and refrain from breaking the directive. He reiterated that those who are caught red handed in violation of the ban in place will be brought to justice.

The supporters of politicians who were disappointed with the upcoming fourth Kulmiye party grand congress were holding meetings in Buroa to decide about their fate.