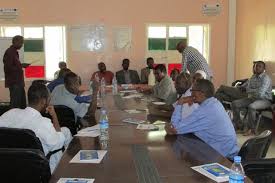 BORAMA– The Municipal Council of Borama submitted an official letter to the regional governor yesterday to hold an emergency session which is aimed at ousting the current mayor, Hon. Mohamed Husein Maydhane from office.

The councilors planned to convene today (Monday) and the former ousted mayor Hon. Suleiman Hassan Hadi who was sacked due to graft allegations and the former deputy mayor, Hon. Dheereyste who is vying for the post of mayor-ship. Security forces have taken control Borama municipality as they have order from the interior ministry.

Officers from the office of auditor general launched an investigation into corruption cases and are still going on. According to reports indicate that the Vice President of Somaliland Hon. Abdirahman Sayli’i gave the green light to hold a session where the mayor will be deposed from office after a fallout. The session will be chaired by deputy mayor, Hon. Omar Jama Ileye and three councils are said to be out of town as they are reported to be on their way to Borama. The office of auditor general has implicated the mayor of graft to transpire in his office.