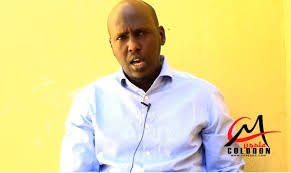 BURAO– Hon. Abdimalik Muse Oldon, a practicing journalist based in Burao, Togder’s provincial capital reveals on Thursday that Somaliland government reached the decision to arrest and put him in jail. Mr. Oldon said that depriving the freedom of citizens easily is a norm in Somaliland.

The journalist claims that if his arrest is motivated by his visit to Mogadishu then further added that Somaliland leaders have an overt connection with the Mogadishu based government. He clearly stated that if his arrest warrant as he claims is motivated by the Tigrai regime then it is in his last legs. He also stated if the government led by Musa Bihi Abdi cannot tolerate his news broadcast then that will be gagging freedom of the press in Somaliland. He further asserted that he was out of his hometown Burao for rumors that authorities in Somaliland is intending to capture him. He called on that all should be equal under the law. The law of the land should all be under the ordinary to those in high places like ministers. Somaliland must belong to all and other notions that certain individuals believe that there are ones who are conducting a conspiracy against the republic is unacceptable. Mr. Oldon announced a new revelations that the current president of Somali state in Ethiopia, Abdi Illey endorsed the incumbent Somaliland president, Bihi during the 2017 presidential polls. The main reason Abdi Iley rallied behind Musa Bihi to win the presidency in Somaliland was to facilitate the extradition of dissidents to his regime. The second reason was to deal with Hon. Abdimalik Musa Oldon and to silence him. The leadership of President Musa Bihi which sees that all those that oppose his government must be put behind bars is not a solution. Mr. Oldon took an example of Ethiopia where its citizens which were subjected to suppression and subjugation. The revolt lead to major changes to transpire in Ethiopia under the new Prime Minister Abiy Ahmed. He concluded that arrest to dissidents is not a solution to Somaliland president. The journalist, Oldon was arrested and sentenced to 2 years of imprisonment after visiting Mogadishu and met with Somalia incumbent president, Mohamed Abdilahi Farmjo during his election victory in 2017. He was captured upon returning from Mogadishu after landing at Egal International Airport. The regional court in Hargeisa accused Oldon of anti-national activities, disturbing public order and spreading false news for his coverage of the 2016/2017 Somali elections. Mr. Oldon was later released on a presidential pardon.