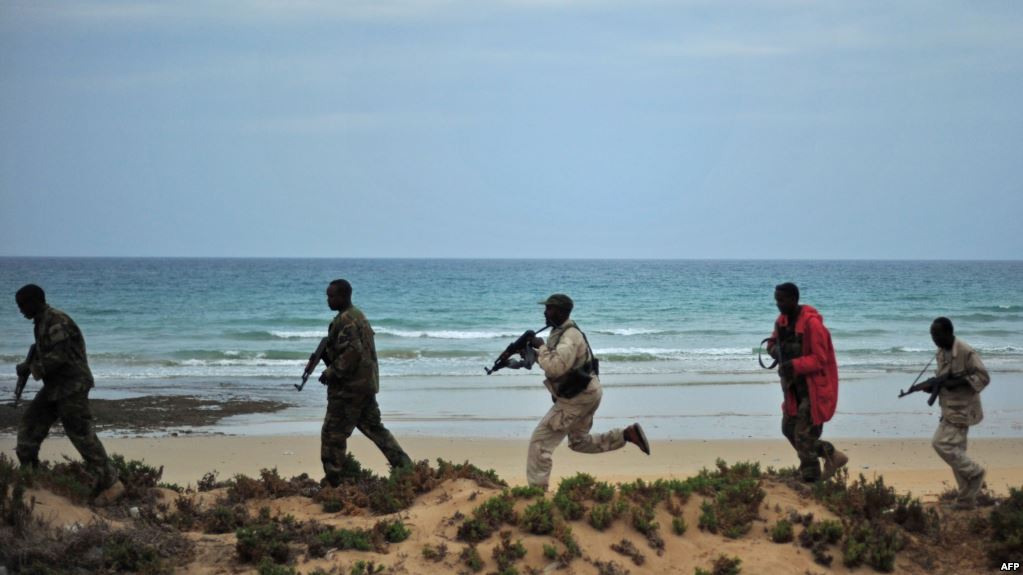 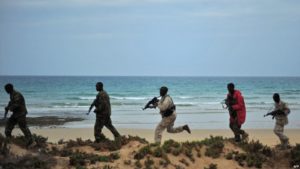 As fighting and fiery rhetoric increase between the Somali region of Puntland and the self-declared independent state of Somaliland, some analysts fear that Islamist militant groups may try to exploit any instability to plant deeper roots in the area.

“Our concern is that were there to be a direct conflict between Somaliland and Puntland, the security forces will be preoccupied with that, and would not be in a position to contain Al-Shabab or the Islamic State,” says E.J. Hogendoorn, deputy director of the Africa Program at the International Crisis Group.

“Obviously, this will give them the chance to expand their reach,” he told VOA.

Somaliland and Puntland have had a long-running dispute over the provinces of Sool and Sanaag, which run from the Gulf of Aden all the way to the eastern borders of Ethiopia.

Violence erupted again this January when Somaliland troops attacked and captured the town of Tukaraq, which headquartered a customs station for Puntland.

The Somaliland attack on Tukaraq was carried out while President Mohammed Abdullahi Farmajo of Somalia was visiting Puntland, in what the ICG described as a “warning from Somaliland to the Somali government against getting involved in the contested areas.”

Ali Ibrahim, a development expert working with an International NGO in Somalia, said it is hard to determine the strength of the sides in the disputed region.

“Both sides claim they are stronger, well-armed, and have the necessary skills to defend their ‘land’,” Ibrahim said.

Shabab, IS have toeholds

Although Puntland and Somaliland have enjoyed relative peace and security compared to the rest of Somalia, there are pockets where al-Shabab and the IS faction are present and continue to threaten and attack security forces, mostly in Puntland.

On July 20, al-Shabab seized the small town of Af Urur, 95 kilometers south of the coastal city of Bosaso, in Puntland. The town has been a scene of previous heavy fighting between the terror group and Puntland security forces, including the attack of June 10, 2017, described as the deadliest on security forces since Puntland’s founding in 1998.

“There’s a mountain range that kind of basically spans this region, called the Galgala Mountains, in which there’s been an al-Shabab faction for quite some time,” said the ICG’s Hogendoorn. “As far as we know, they do operate within this region. And, depending on whether you consider it to be Somaliland or Puntland areas, this is an issue.”

The Islamic State in Somalia, which broke away from al-Shabab, is reported to have presence along the coastal region of Puntland.

In May of this year, IS fighters attacked a Puntland army base near the town of Qandala on the Gulf of Aden. They had taken over Qandala twice in 2016 and 2017 before been driven out by Puntland forces.

“These groups [al Shabab and Islamic State] are a threat to peace and stability of Somaliland and Puntland,” said Ibrahim.

The United States has been actively working with the Somali government to try and degrade the terrorist threats from all parts of Somalia.

“These violent extremist organizations pose a direct threat to Americans, our allies, and interests in the region,” Major Wiest told VOA in a written response.

Over the past seven years, the U.S. has carried out many drone strikes against terrorist targets in Somalia, most notably killing al-Shabab emir Ahmed Godane in 2014.

One of those targeted in Puntland last year was IS faction leader Sheikh Abdulkadir Mumin. Although regional leaders told VOA that Mumin escaped alive, several militants were killed.

Over the weekend, a joint delegation of the East African bloc IGAD and the U.N. Mission in Somalia visited both Puntland and Somaliland in an effort to ease the tension around Tukaraq and prevent a full blown war between the two states.

“If that happens, the terror groups will get an upper hand to grow, peace and stability will be compromised [and] political and economic instability [will ensue],” said Ibrahim.

According to Crisis Group’s Hogendoorn, involving the different clans in addressing the threat of jihadi expansion in the area, is a more durable solution..

“What is necessary is for the governments, both federal and state level, to find more of an accommodation with different clans that currently support Al-Shabab and Islamic State,” Hogendoorn said. “And, were these clans to join with the government in opposing Al-Shabab and Islamic State, that will be a much more durable solution…than any kind of foreign military operation.”