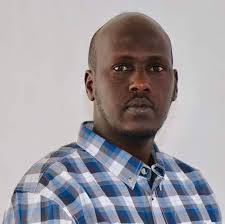 Marodi Jeh regional court on Monday sentenced Mr. Abdimalik Muse Oldon to three years and six months imprisonment. The court found him guilty after he was accused of committing crimes against Somaliland gov. Parents at Abaarso school in Hargeisa also was part of the accusations that he was convicted of smear campaign of the school. Lawyers have cried foul over the Somaliland justice system. They are expected to lodge an appeal at the appellate court against the court’s verdict.