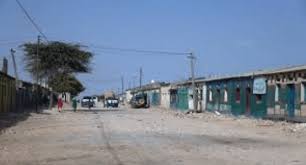 20 people so far confirmed to have died for the past 24 hrs in the inter-clan fighting in Eil Afweyn which is part of Sanaag region.

It is also reported that 30 people to have been injured in the ethnic clashes between the two brotherly clans that have fought in Eil Afweyn.

Eye witnesses reported that the inter clan confrontations spread across many village in Sanaag province as the warring sides use battle wagons.

Mr. Mohamud Omar, a resident in Kulaal village which is under the administration of Xudun district confirmed that he could hear the gunshots as the two clans exchanging heavy fire.

He also reported that nomads are fleeing from the scene of the clashes.

The president of the state, Musa Bihi is reportedly to have held an emergency meeting with senior officers of the defense forces.

The chief of defense forces was informed to deploy units of Somaliland defense forces to pacify the areas in Sanaag province where the two clans skirmished.

The army chief was also apprised of using any excessive forces to bring the situation under the control of the armed forces.