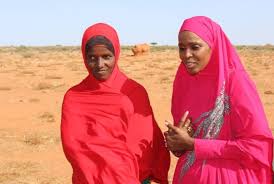 LONDON, Aug 23 – Somalia’s first prosecution for female genital mutilation (FGM) following the death of a 10-year-old girl has run into problems because her parents will not help investigators locate the cutter, an activist said on Thursday.

The case highlights the difficulties of ending the ancient tradition in Somalia, which has the world’s highest rate of FGM, with 98 percent of women and girls having been cut, according to U.N. data.

The death of Deeqa Nuur made international headlines last month and prompted the attorney-general to announce the country’s first prosecution.

“The investigation has been hampered,” said Ifrah Ahmed, a campaigner against FGM. She met investigators while making a film about Deeqa’s death, which is due to air on six Somali TV channels on Thursday.

Ahmed said the girl’s family had paid a traditional circumciser $20 to cut their daughter and three cousins.

“The mother said she didn’t know where the cutter was. The truth is they are hiding her,” Ahmed told the Thomson Reuters Foundation by phone from Mogadishu.

“They are not telling me or the government team where the cutter is. They are scared.”

Somalia’s Attorney General Ahmed Ali Dahir could not be reached for comment.

Ahmed, who was cut herself as a child, described her trip to meet Deeqa’s family in a remote region in central Somalia’s Galmudug state as “very emotional”.

“The father refused to speak to us, but you could feel the sadness and anger. The mother said she had thrown away all her daughter’s clothes because she couldn’t take the pain.”

Despite Deeqa’s death, Ahmed said many villagers still believed deeply that FGM was an important ritual.

Ahmed, who runs an anti-FGM charity and is an adviser to Somalia’s government on gender issues, said she hoped her film would change mindsets.

“I want Somali people to understand that this is a terrible practice and should not be happening,” she added.

Ahmed said it was not clear whether the authorities were considering bringing charges against the parents.

Somalia does not have a law against FGM, but a senior CID officer interviewed in the film warned parents that it was still illegal.

Legal experts say prosecutions could be brought under the Penal Code, which makes it an offence to cause hurt to another.

Deeqa’s death has prompted campaigners to renew calls for Somalia to pass a law on FGM. Efforts to pass legislation have been stalled by parliamentarians afraid of losing votes.