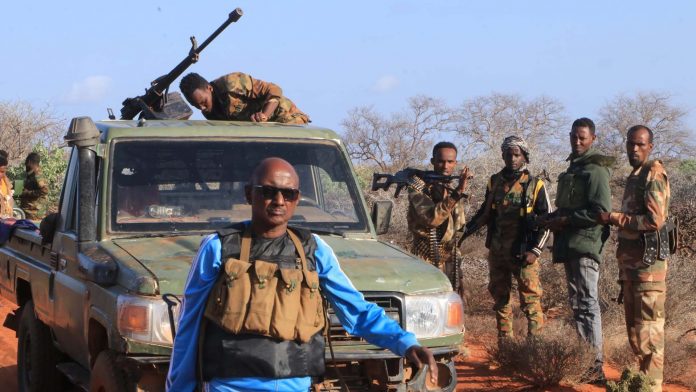 The official said the aim of the offensive operation to dislodge Al-Shabaab from its strongholds in the southern regions of the country and troops of federal member states, including those of Jubaland and Southwest will join.

Anod instructed soldiers not to the target wives, children and mothers of Al-Shabaab fighters during the operation, days after the governor of Hiran region ordered troops and clan militias he had mobilized to kill civilians related to the militants.

In another offensive, under cover of US air support, Somali army and local clan militias were able to capture dozens of villages in the central region weeks earlier. But Al-Shabaab has since reversed the gains and recaptured areas seized by troops.

In an attack on army base in the region last week, militants claimed killing 117 soldiers and displayed military vehicles and weapons they had seized.

It’s not yet clear if the new offensive will make a difference as Somali security forces are often accused of withdrawing areas they capture from militants due to insurgent counter-attacks. African Union peacekeepers have earlier claimed that Somali troops are unable to tighten their grip in areas captured during offensive operation