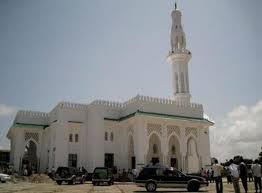 Somali government has announced that it has suspended performing night and Taraweeh prayers at mosques in Mogadishu. A statement issued by the ministry of endowment and religious affairs and clerics have ordered that night time prayers will only be performed at homes.

The ministry has urged the locals to adhere to curfew in order to prevent the spread of Covid-19. The curfew was supposed to commence at 8 pm local time.

However, due to changes, it is due to start at 7 pm local time starting fro the first day of the holy month of Ramadan. The decision to suspend night time prayers is the first that the Somali government has banned performing night prayers at mosques. The Somali government has recanted previous decision which could see the closure of all mosques in Mogadishu. Somalia is taking raft measures which are aimed at tackling the spread of the deadly Covid-19 pandemic.