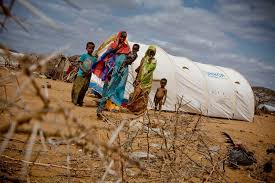 The United Nations is warning of a major humanitarian crisis in Somalia, which is again in the grip of drought.

The lack of so-called “long rains”, which usually sweep East Africa between March and May, has caused crop failures across the region.

Two million Somalis are at risk of starvation unless they get emergency aid.