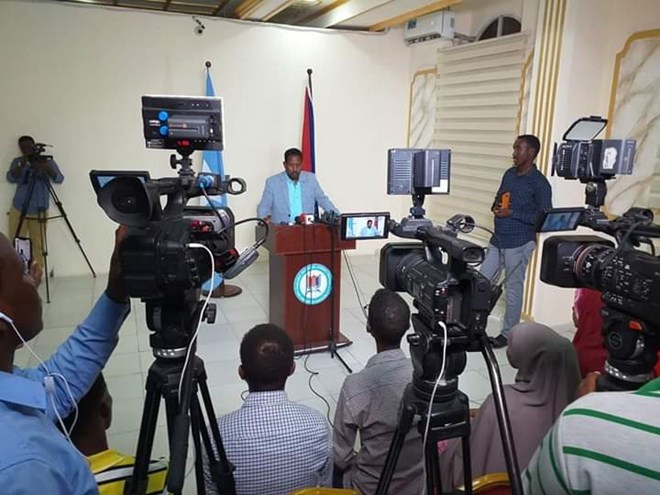 MOGADISHU– Mr. Abdirahman Omar Osman, the mayor of Mogadishu has announced that the capital will be under tight security which is aimed at ensuring that the peace and security will be restored to the capital which has seen spades of attacks that claimed many civilian lifes in the past couple of weeks. Mr. Yarisow has further revealed that the security forces will conduct security operations in the capital. The mayor urged the residents in the capital to bear with the government once the operations kick off. The mayor has said that the government will provide buses and ambulances which will ferry the people. The capital will be under tight curfew until the security operations come to an end.  Al Shabab, the terrorist organization carried out consecutive suicide attacks that claimed the lifes of civilians and government officials in the capital.