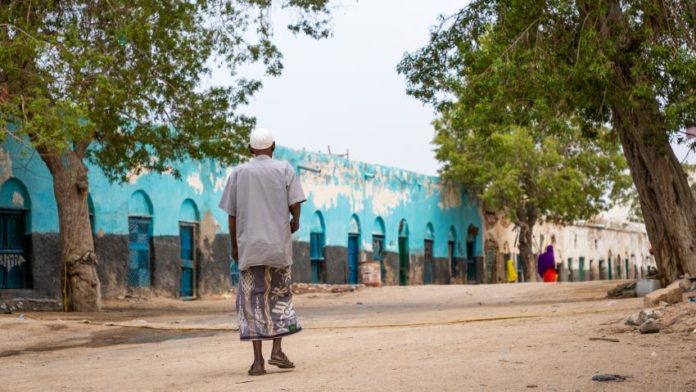 The modern scramble for Africa is intensifying and Arab nations have been the most active foreign players as well as fierce competitors in the region, especially after the beginning of the Qatar blockade by its Gulf neighbours in the summer of 2017.

The rift has exceeded the Gulf region and reached all the way to the Horn of Africa, most visible in Somalia, where the two blocks are clashing in a race to increase their influence.

Saudi Arabia and the UAE have seen the Horn of Africa as a strategic point from where they can support their operations and agenda in Yemen.

On the contrary, although Qatar’s presence does not include military presence, Doha exercises the soft power approach, combining investments and commercial activities hoping to boost economic competitiveness and political influence.

Umer Karim, a doctoral researcher at the University of Birmingham focusing on Saudi foreign policy, observes that the competition has already been happening in a way between the UAE and Turkey, while Qatar was a relatively minor player. But in the last few years, it has come down strongly in Somalia and so have the Saudis.

Speaking to The New Arab, he said that “the patterns of enmity and affinity that dominate the Middle East have already been quite visible in the broader Horn like in Sudan and even in Somalia, the situation will only be increased in magnitude as Saudi Arabia and Qatar move in more actively as well.”

While Qatar, along with its close ally Turkey, has been supporting the central government in Mogadishu, their Saudi and UAE opponents have backed the local governments in Somalia’s federal states of Somaliland, Puntland as well as in Jubaland, which are all seeking independence from Somalia.

Chronic instability, dragging for almost three decades has pushed the country into despair and poverty, due to a lack of security mechanisms and absence of unified and efficient state authorities.

In addition, international community efforts lead by the UN, has also completely failed to bring any meaningful progress and pacify the country which has been plagued with violence, terrorism and piracy.

In a state of permanent chaos, ever louder voices for the independence of several regions in the country have occurred as a direct consequence of agonising situation in the country.

As the rest of the international community has never seriously engaged in Somalia, Gulf countries have become one of the key players in the country that has been forgotten by the rest of the world.

Karim observes that greater engagement of Gulf states opens up opportunities for local actors to bring in more investment and infrastructure development.

According to him, Somali federal fabric unfortunately had already been weakened up owing to local political contestations and tribal politics. So, outside actors are just playing up on these fissures that are already there.

The massive investments have also played a central role in Gulf States’ efforts to redefine the regional order and self-promotion on a global stage.

Investments and political support were also warmly welcomed by local governments in secessionist regions as they were more than happy that they have been able to attract powerful foreign players ready to back-up their struggle for independence.

For instance, the UAE has been one of the main investors in both Somaliland and Puntland.

The UAE’s DP World from Dubai invested over $400 million to seaport Berbera and pledged to expand the Berbera airport. Both assets will be operated by the UAE in return for several development projects in Somaliland and construction of military base, that would further secure Somaliland’s interests.

The similar military arrangements are reported to be discussed with local authorities in Jubbaland federal state, despite strong objection of the Somali federal government.

Until 2017 the UAE has been close to the Mogadishu government as well but after the federal government refused to declare its pro-UAE stance in the GCC crisis, the UAE has turned the page and cut off development assistance.

Saudi Arabia and the UAE’s strong support for the secessionist federal states are closely linked to Gulf feud, which spilled over to Somalian soil.

The UAE has been also strongly present in Puntland, another territory seeking independence. The Emiratis repeated the same pattern from Somaliland and signed an agreement with local authorities to operate Puntland’s Bosaso port, where DP World intends to invest over $300 million in the facility that it leased for 30 years.

Local authorities has also asked the UAE to assist them in strengthening the territory’s Maritime Police Force, which is responsible for fighting terrorists and pirates.

On the contrary, Qatar along with Turkey have been the main backers of a federal government pledging financial assistance for infrastructure and social development projects. After Qatar recently announced that it signed an agreement for construction of a new seaport in the town of Hobyo, under control of the federal government, Saudi Arabia, responded swiftly by recognised passports of autonomous Somaliland, adding the fuel on the fire in an already fragile state.

Since the seaport would be relatively close to the Bab-el-Mandeb Strait, which is one of the most significant sea crossing points in the region, just across Yemen, many wonder whether Gulf states will be locked in an even more fierce power struggle over Somalia.

Is Somalia facing the fate of Yemen?

However, Karim thinks that the Saudi-Qatar tensions have already touched a high point so he
can’t envisage how they will increase any further. They have actually toned down to some extent in recent days.

Some believe that given that UAE through backing the separatists in Somaliland and Puntland and the fact that it has been already involved in a similar process in Yemen where it supports the secessionist movement in Southern Yemen, Abu Dhabi is pursuing its agenda of creating “pliant ministates along the eastern coast of Africa,” which would be under its strong influence.

Such an outcome poses a great challenge to regional stability and peace on the western edge of the Indian Ocean.

Karim observes that Somalia is actually a model which is often cited for Yemen and it’s political evolution. While Saudi Arabia’s involvement and support for Somaliland’s independence is relatively new, Somaliland has got very clear and significant support from the UAE for some years now, giving it legitimacy as a solo political actor with its own unique entity (aside from Somali federation).

According to Karim, unless the Saudis and the Emirati get completely hopeless about Somalia’s federal government in Mogadishu then they may proceed to recognise Somaliland as a separate state and possibly Puntland in the future.

“For now, I don’t think they have reached this level. What we are seeing is just a re-activation of Saudi and Qatari diplomacy within the Horn that had mostly been overshadowed by the rather more active Emirati and Turkish activities.”