The Somali semi-autonomous region of Puntland has officially requested the United Arab Emirates (UAE) to assist the enhancement of its maritime police force capacity to operate in the Red Sea citing an increasing need for maritime security, the regional president said.

President Said Abdullahi Deni said the request was made during his delegation’s visit to Abu Dhabi between 8th – 19th of April.

“While in Abu Dhabi, we have submitted a request to UAE officials asking to help us in the enhancement and strengthening the power of Puntland Maritime Police Force (PMPF) because there is an increasing need for guarding the security of the coastline,” said President Deni during a press conference in Garowe on Sunday.

He said the security crisis in Yemen which, through the Red Sea neighbors the northeastern Somalia region, had been affecting Puntland.

“Since the crisis in Yemen is still going on, there could be illicit weapons, illegal migrants, terrorists or anti-peace elements can cross into our side, we have asked [UAE] to strengthen the capacity of the Force in the sea,” he added.

In September 2017, the PMPF displayed a cache of weapons containing anti-aircraft guns, machine guns, AK-47 rifles and dozens of boxes of ammunition seized from the boat after it was stopped in coastal waters off the Horn of Africa region. The boat reportedly originated from Yemen.

Mr Deni who took power in January this year, also noted the PMPF were the most effective force in Puntland and proposed the force to be able to operate in the sea instead of only operating at the coastline.

“Puntland manages half of Somali coast which is about 1,600km in length, so the current Puntland Government does not have the capacity to maintain the security of its coastline,” added the leader of Puntland.

Established in 2010, the Puntland Maritime Police Force had been formed to tackle the local piracy activities in the region. UAE has been its major financier since its establishment.

The regional force was however highlighted in several reports by the United Nations Somalia and Eritrea Monitoring Group (SEMG), alleging UAE and Puntland officials formation of a “private army” in contravention of the 1992 arms embargo against Somalia. 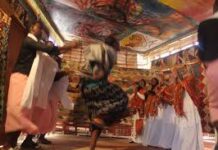 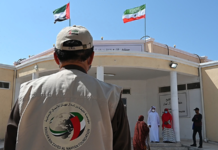 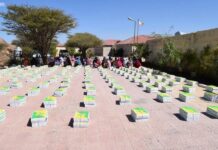