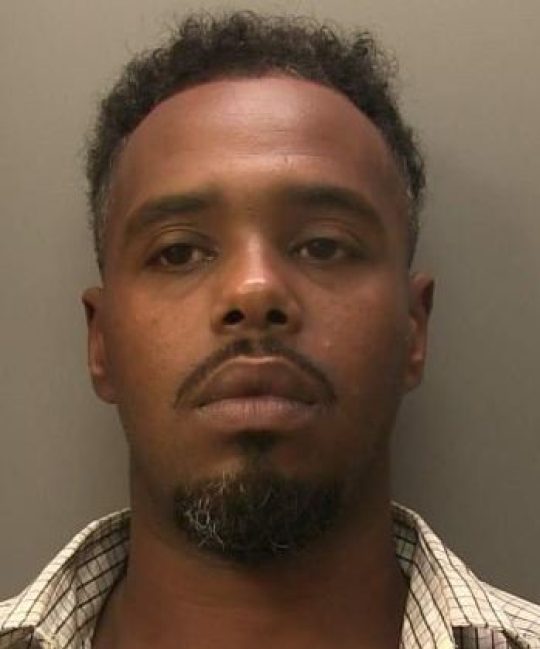 A man has been jailed after he was caught trying to flee to Ethiopia days after sexual assaulting a teenage girl. Diiriye Ali-Jamac, 34, was arrested at Heathrow Airport on 2 May while on board a plane headed to the east African nation. He bought his ticket the day before the flight after discovering police were looking to speak to him as part of their investigation into the rape of a girl, 14. The victim was reported missing by her mother on 28 April and was found the next day at Hounslow railway station by police officers. She was taken into police protection and later told officers she had arranged to meet Ali-Jamac, who had taken her to a hotel and had sex with her. After his arrest, police searched Ali-Jamac’s phone and found he received a text message on 1 May from the owner of a car he used to drive his victim to the hotel. The text said police had seized the car as part of their investigation.

There was another text sent from Ali-Jamac’s solicitor in which he said he had received a voicemail and had tried to call his client back, asking if everything was alright. Ali-Jamac had purchased his ticket for Ethiopia on the same day, police found. The attacker, of Feltham, Greater London, was jailed for six years on Monday after pleading guilty to three counts of sexual activity with a child. He was also made the subject of an indefinite sexual harm prevention order. DC Sally Michail, of North Surrey’s Child Exploitation and Missing Unit, said: ‘I would like to commend the victim for her bravery in speaking out against Ali-Jamac and having to relive the horrendous ordeal she had suffered at his hands all over again when she provided her statement. ‘She was completely taken in by this man, who was 20 years her senior and someone she thought she could trust. ‘As soon as he became aware that police were on his trail, he tried to leave the country but fortunately we intercepted him as he boarded his flight.’