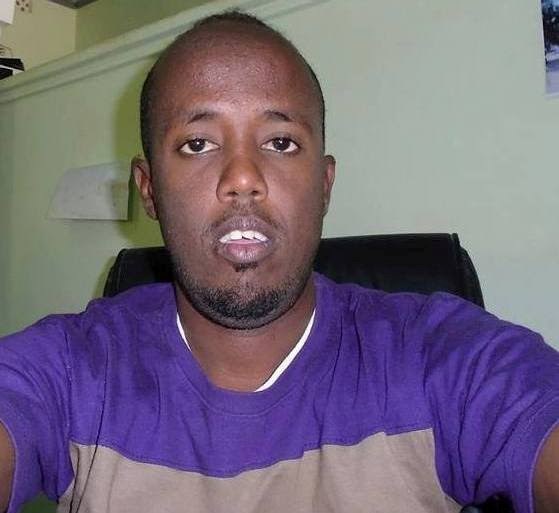 Somali Journalists Syndicate (SJS) condemns the arbitrary arrest of freelance journalist Mohamed Said Yusuf by Puntland police in Garowe on Saturday evening 13 July, 2019 over critical interview and calls for Puntland authorities to immediately and unconditionally release the journalist, the latest in a string of violence against the press in Somalia.

On Saturday afternoon, journalist Mohamed Said Yusuf received a call from Nugal Police Commissioner; Colonel Abdihamid Mohamed Dirir who asked journalist Yusuf to appear at the police station in person for questioning about an interview the journalist conducted a day earlier with a local elder which was deemed critical to the Puntland government.

The journalist was arrested upon arrival at Garowe Central Police Station on Saturday 13 July, 2019 at 06:15pm local time without charges and remains in detention.

On Sunday morning July 14, the Vice President of Somali Journalists Syndicate (SJS), Omar Said Mohamed visited the police station where he was allowed to see and chat with journalist Yusuf for 20 minutes behind a barred door.

Somali Journalists Syndicate (SJS) contacted Nugal Police Commissioner, Colonel Abdihamid Mohamed Dirir and he said “we, as the police were ordered to arrest the journalist by the Puntland government and we will keep him in detention.”

“We condemn the arbitrary arrest of freelance journalist Mohamed Said Yusuf and demand his unconditional release,” Omar Said Mohamed, Vice President of Somali Journalists Syndicate (SJS), said “It is against all the country’s laws including the Constitution of Puntland Sate of Somalia, the Federal Constitution and the Media Law of Puntland to arrest a journalist for only doing his journalistic work.”