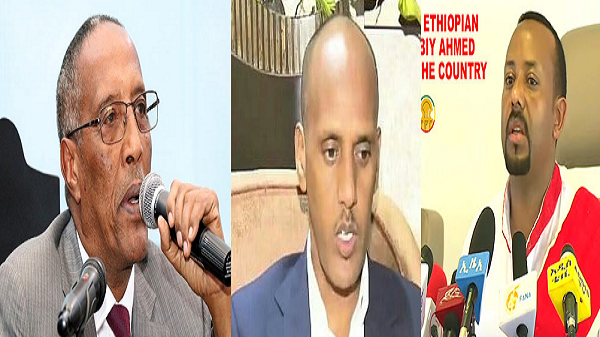 “I want  to promote culture, sports, economic integrations and peace between the two countries” 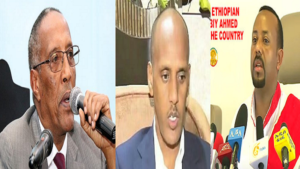 The president of Somaliland H.E Musa Bihi Abdi has sent congratulatory message to the new president of Ethiopia-Somali region,(SOLNA) reported.

The Head of State was speaking about the wind of change blowing across the Horn of Africa region. “I send my congratulatory message to the new Ethiopia-Somali region government on their auspicious takeover of power in a peaceful manner and wish them the best in their future endeavors,”  The president said that the peaceful transfer of power is worth commending.

“I welcome the nine point put forward by the Ethiopia-Somali region parliament. In particular the point number 5 which promotes the integrations of the people of Somaliland and Ethiopia in business and other economic activities that will spur development in both countries.

The two countries people need each other I want us to promote culture, sports, economic integrations and peace between our people. I call for promotion of businesses in Hargeisa, Jigjiga, Borama and Go’day.

Speaking about changes in the Horn of Africa the president said “The changes that took place in 1993 are still fresh in our minds Ethiopia accepted the independence of Eritrea. Somalia leaders are opposing the independence of Somaliland. In the 21st century the Ethiopia new governments has buried the hatchet with her foe Eritrea and are working to start a chapter of their history. Whereas the Somalia regime is undermining Somaliland saying that it controls her land, sea and airspace. Furthermore every day they threaten to invade Somaliland borders through military ambushes in our own territory. As you can see this two minds are different.”

“Somaliland people support the Somali cause however they have their political aspirations different from other Somali speaking areas.” The president said.